Battle of the Biggies in Inaugural Teams’ Championship 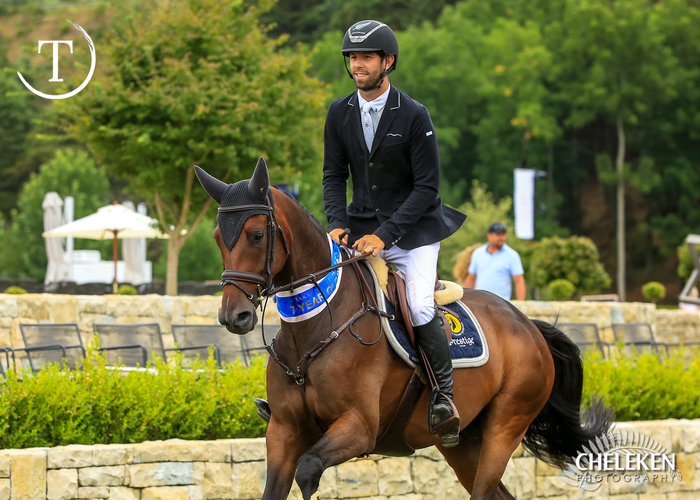 But it would be a brave person to pick a likely winner from the 12 teams in the two-round competition which will run on Friday (February 21) in the Bellevue Main Arena.

Takapoto principal Mitch Plaw introduced the competition on the back of the very successful Australian Teams’ League which was launched in September last year and follows a similar format to the Global Champions League.

Takapoto already has a team in the Hamish Douglass-driven Australian Teams’ League and Mitch has made no secret of his desire to see more trans-Tasman competition. “I am very keen to get more Australian competitors here (at Takapoto) to compete and create more competition,” he says. “It’s healthy for everyone.”

He’s hopeful Takapoto may even become an extension of the cash-rich Australian League. “I am very happy to support the Australian initiative and hope we can bring it to New Zealand properly.”

Each team in the New Zealand event has to have an under-25 rider who will be mentored by the other two in the corporate team. Businesses from both Australian and New Zealand have bought the naming rights to each team.

Takapoto show director Jaime Tiller says she has no doubt the winning team will need a triple clear to take the top honours. “It’s a great chance for our New Zealand riders to get used to the new (Olympic) format of three riders with no drop score,” she said.

The top six teams from the opening round will progress to the second where obstacles will be raised to new heights. “It is going to be a really exciting competition. We would love to have a New Zealand team fit into the Australian league and make it a real trans-Tasman battle.”