Boyd Martin - The Last of the Modern Cowboys

Had Boyd Martin been born a couple of centuries earlier (as well as a tectonic plate or two westward), he might have been the type of man you’d find traversing the trails of the Pony Express, pell-mell, madcap, and wearing the war paint of a hard day’s work. But while the rider’s reality is less pell-mell, more poise, the west has very much been won. From small-town New South Wales to United States National Champion, Boyd has blazed a trail for entrepreneurial Aussies — though it hasn’t been without its hurdles. 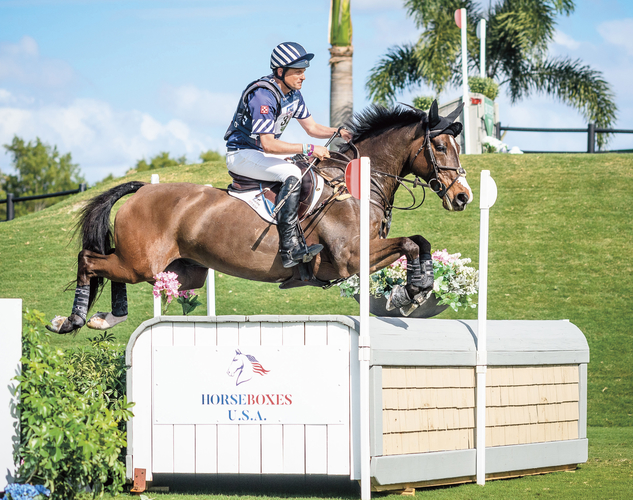 Boyd and Long Island T at the 2020 Wellington Showcase

Though his outwardly breezy personality belies it, Boyd was quite literally bred to be a champion. His parents, Ross Martin and Toy Dorgan, were both Olympians — though their sports of choice, cross-country skiing and speed-skating, respectively, were of a slightly chillier ilk. Ross, an Australian, and Toy, who skated for Team USA, met while competing at the 1968 Grenoble Winter Olympics, and eventually dispatched to Terrey Hills, a suburb of Sydney, to start their family.

Such an illustrious background might have meant that the young Boyd was put through his paces from day one — but despite an early proclivity for equestrian sport, the emphasis at home was on enjoyment. Boyd would dabble in several sports — rugby, hockey, and cricket, to name but a few — before settling on horses and the Forrest Hills Pony Club. But when he decided to aim for the upper echelons of his sport of choice? Well, his fiercely competitive parents would be right behind him — in two completely unique ways.

“My parents were very different from one another — my father was humble, quiet, and hardworking while still being a competitive person. He’d just never show emotion or, you know, punch the air when he won,” says Boyd. “He was just a very good sportsman who trained very hard. My mother was the polar opposite — she was driven, probably a little bit pushy, and she loved to win. If she didn’t win, she made you well aware of it.”

This competitive zeal became apparent the first time that mother and son found themselves competing against one another in a local horse trials.

“We were in the same class, and I won it,” Boyd recalls. “She went and protested! She thought she’d been unfairly given some time penalties, and so she went and argued with the technical delegate that her horse should have won the class. I remember that moment so well — but I do think it was such a healthy environment to be raised in. I was gently encouraged by my dad, and pushed by my mum – looking back, I was so lucky to have that perfect mixture.”

Despite that drive, Boyd never had a one-track mind, and would spend his younger years getting himself into increasing amounts of trouble.

“I was pretty wild as a teenager — I took my sport very seriously, but I was probably borderline out of control,” he says with a laugh. “I’m glad I had a sport to keep me in line. If I didn’t have that, I could definitely have spun out of control.”

Spotting this, his parents encouraged him to leave home and pursue his eventing goals.

Fresh out of high school, Boyd would move two hours north to base himself at Heath Ryan’s New South Wales Equestrian Centre in Heatherbrae, living in a bunkhouse and working from sun-up until sundown with a wide array of equine — and human — characters, including fellow teenagers Chris Burton and Jock Paget. 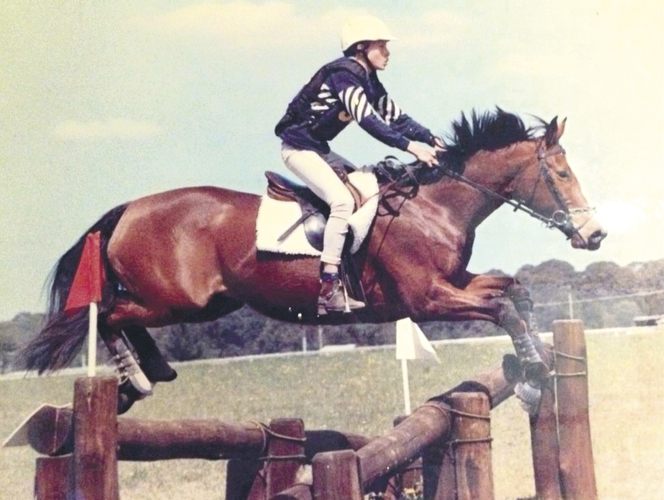 Boyd has always ridden in his high school’s blue and white rugby jersey for cross-country — even now, his mum has to go back to the school and buy him a new one when it needs replacing. - Family photo

“It was a bit like a military camp. I didn’t realise it at the time, but it was probably the thing that saved me from myself — having the structure of that scenario was ideal,” he says. “All hell would break loose if you were two minutes late to work in the morning, and we’d work so hard that all we could be bothered to do in the evening was fall asleep. But Heath also had the attitude that anything was possible, and that we could all take on the world. He made me completely and utterly obsessed with the sport.”

Boyd internalised that notion, and it didn’t take long for the results to start to reflect the tour de force behind him. Still in the Young Rider age bracket, he would cut a fearsome swathe through the Australian eventing scene, representing his country of birth at the Trans-Tasman team challenge aboard a horse with an almost prophetically American name — Brady Bunch.

But while Young Rider accolades are an exciting suggestion of a sparkling career to come, there’s really only one title that seals the deal — the CCI5* (then CCI4*) three-day event at Adelaide.

Boyd was just 24 years old when he took the win in Adelaide, earning himself a little slice of history in the process: he would be the last rider to win a true long-format event at this uppermost level. From the following year onward, the sport would embrace the modern short format, amid no small amount of controversy. Those riders who had earned titles at ‘real’ events, as some short-format detractors considered them, could rest easy, knowing they’d proven their mettle.

Except, of course, those cognisant enough to know that proving oneself would never be a one-off job. Winning Adelaide hadn’t sated Boyd’s niggling hunger for success on the world stage — instead, it had acted as an appetiser. And the hard-working Aussie? He was ready for the main meal.

Though many Antipodeans migrate to Europe, Boyd saw a mecca in the United States. Expansive, sunny, with easier access to top competitions and a gap in the market ready for a new face, the American eventing circuit offered up everything he wanted. The only hitch in the plan? Moving around the world wouldn’t come cheap.

Undeterred, the resourceful rider picked up odd jobs alongside breaking, training, and selling horses — usually cheap and cheerful off the track Thoroughbreds that didn’t require much initial outlay but could be turned around for a profit. He nabbed shifts in his family’s bookstore, picked grapes at the local vineyard, and worked as a telemarketer, too, shilling holiday packages — and when he had enough money in the bank to focus full-time on horses, he and his then-girlfriend, now-wife Silva, a German dressage rider, went into business together. Before too long, Boyd was loading up top horse Ying Yang Yo — one of a string of top-level ex-racehorses — and heading to Kentucky on a cargo plane.

“I’d been riding at the top levels for nearly ten years at that point, and I’d done every three-star in Australia a couple of times over. So I always had this hunger to see how good I really was.”

As it turned out, he was rather good indeed. He would finish 11th in the 2006 Kentucky CCI5*, prompting a conversation with host, new friend, and fellow Aussie émigré Phillip Dutton. After setting up shop in his new home, the time would come to reconsider the flag he rode under.

“I knew that I’d live in America for the rest of my life — but changing nationality was an emotional choice,” explains Boyd, who already had dual citizenship through his American mother. “I’d grown up idolising these Australian riders, wanting to be just like them and desperate to represent my country. It wasn’t easy, but it felt like the right choice.”

But while Boyd has lived the American dream for over a decade, he hasn’t assimilated fully. His tenacity, his quick wit, and his easygoing resilience in a crisis are quintessential Aussie, and they’ve helped him through a catastrophic barn fire, over 20 broken bones, and the sudden death of his beloved father. Along the way, he’s amassed an enviable collection of accolades and tackled a new adventure, too — he and Silva are busy parents to two busy boys. It’s been an enviably full life already, but for Boyd? It all comes down to a simple mantra, and one that he has tattooed across his chest: ‘who dares wins.’ 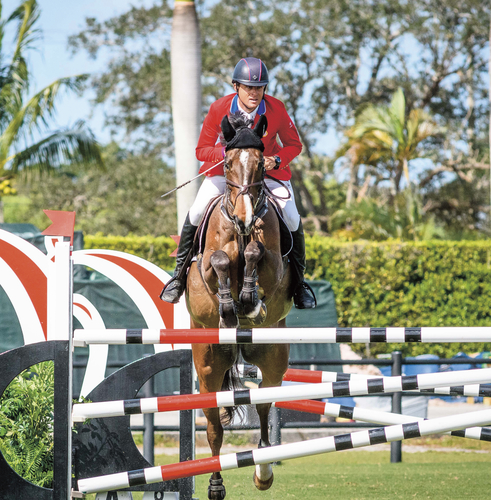 Boyd and Long Island T at the 2020 Wellington Showcase