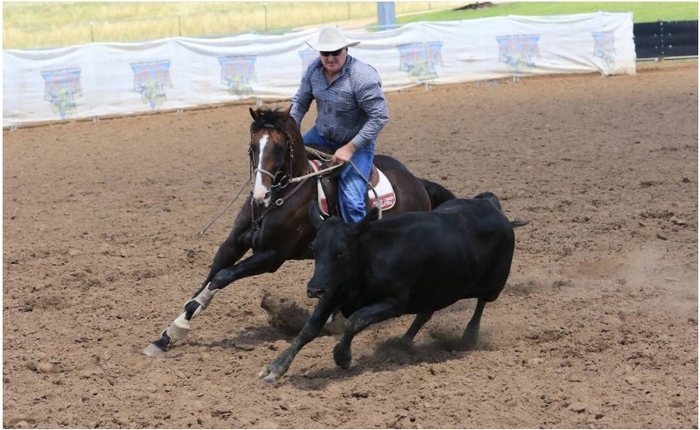 The cancellation of campdrafts across Australia due to prolonged drought, floods and now fires is costing rural communities millions in lost revenue.

Around 180 campdrafts were cancelled in 2019 with the same, if not more expected to be called off this year.

ABCRA chief executive Craig Young said the revenue lost to these communities were into the millions.

"If you can imagine 1000 people go into these towns for three days spending around $500 each on fuel, groceries and others things while they are there, that's $500,000," Mr Young said.

"They also donate hundreds of thousands of dollars to charities and that is also a loss that has gone by the wayside."

Mr Young said there could be more campdrafts cancelled this year due to the low cattle numbers available.

"Even if it does rain, it's still another year before breeding numbers are rebuilt, there is not an overnight fix," Mr Young said.

"It will take a couple of years for some committees to get back on track and there will be some that will never start again."

ABCRA president Matt Weber echoed Mr Young's sentiments saying there was not only a financial loss but also the social impact was massive.

"It gives people in these communities who are doing it tough in this drought somewhere to go," Mr Weber said.

Australian Campdraft Association president Hugh Philp said in a normal year they would run 250 campdrafts Australia wide but 80 were cancelled due to floods in North Queensland, drought in NSW and now fires.

"Financially communities are suffering and so are the charities that they support," Mr Philp said.

"A lot of people I talk to in the bush say that running a campdraft is the last thing on their mind as cattle numbers are down and it's going to take a couple of years before they are able to restore them.

"The thing is campdraft numbers are growing but you need a fair amount of cattle to run an event, we're talking about 1000 head and that's a fair dent in someone's income to donate."

Mr Philp said those that were able to run their event had good support from local feedlots but that was not the story for every town.

"At Saxby Round-Up, north of Cloncurry (Queensland), they had to shift 300 tonnes of sand out of the arena due to floods before they ran their event," Mr Philp said.

The latest campdraft cancelled includes Walcha's Golden Gate, which was expected to be held in the second week of January.

It has been cancelled for the second year in a row due to the dry conditions.

The Walcha Bushman's Campdraft and Rodeo Association vice president Harry King said due to ongoing drought and recent fires, the campdraft had been cancelled.

"There are no cattle in this drought and we don't know when it will back back again running," Mr King said.

"We are one of the biggest events on the calendar, and it's a four-day event that brings a lot of money to our town.

"It's a big loss to our town and the community groups we support with fundraising that are going to miss out."

There is a possibility the town will stage a rodeo in November 2020 but it is yet to be confirmed.

Article courtesy of Australian Community Media and The Land

Popular news & stories
1.
Participants react to intruder
2.
Has culling more than 500,000 feral donkeys in the Kimberley been worth it?
3.
‘We tried to retire him, but he wasn’t having it’: 28-year-old showjumping pony qualifies for Royal International
4.
Two Olympic Hopefuls for Simone Pearce: Denightron and Destano
5.
Ireland’s Lynch books Las Vegas ticket with brilliant win in Leipzig
6.
Safety First in Horse Sports
7.
Boyd Claims Silver in Leipzig
8.
Bushfire Charities
9.
Jayden Brown Hired as New Trainer at Willinga Park
10.
The billionaire whose plan helped save a town from bushfire
11.
Horse Deals Equine Tour to the USA
12.
Scammer Update