China, Thailand and Poland secured their equestrian team tickets to next summer’s Tokyo 2020 Olympic Games at special Eventing qualifiers held in Saumur (FRA) and Baborówko (POL) over the weekend. 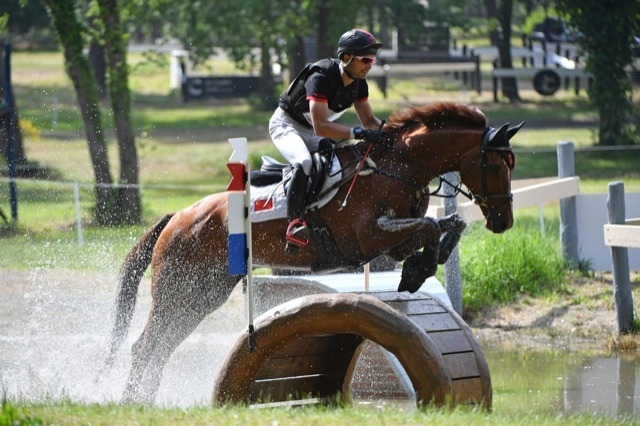 This will be a first-ever Olympic Eventing team slot for China and Thailand, although both have had individual starters at previous Olympics. The two nations finished second and third at the FEI designated Olympic qualifier held in Saumur (FRA) for Olympic Groups F and G, which covers Africa and the Middle East, Southeast Asia and Oceania. Hong Kong finished fourth when only one of their three starters went through to the final Jumping phase.

Japan, already assured of a starting place on home ground next summer, were fractionally behind China after Saturday’s Pierre Michelet designed cross country test, but regained the lead they had established in the Dressage arena to take top spot by 6.1 penalties ahead of the Chinese. Team China, led by double Olympian Alex Hua Tian who finished eighth in Rio 2016, held on for second place and a Tokyo ticket ahead of Thailand, also now with a place logged on the 2020 startlist.

Hua Tian, who made his Olympic debut at the age of 18 at Beijing 2008, was bidding for individual success with the talented Don Geniro, but four faults in today’s Jumping handed victory to the 1993 European champion, Frenchman Jean Lou Bigot with Aktion De Belheme.

Pawel Spisak, already a four-time Olympian, led his team to victory on home turf at Baborówko to book Poland a place at next year’s Games. Riding his Rio 2016 horse Banderas, the 37-year-old also claimed the individual honours ahead of two-time Olympic champion, Germany’s Michael Jung with Fischerchipmunk FRH.

Both Belarus and Russia also fielded teams at Baborówko, venue for the Olympic Group C qualifier covering Central and Eastern Europe and Central Asia. However, when just two of the Belarussians and one Russian completed all three phases, the Poles were left untroubled at the top.

Great Britain, Ireland, France, Germany, Australia and New Zealand are already gearing up for Tokyo, having secured Olympic qualification at last year’s FEI World Equestrian Games™. Japan, as host nation, is automatically qualified, but the win in Saumur shows that the home side will be right in the mix next summer.

While three team slots were nailed over the weekend, there are still spaces available for five more teams to make up the full quota of 15 Eventing teams for Tokyo. An additional 20 individual places are up for grabs via the FEI Olympic rankings to fill the overall quota of 65 starters.

Remaining opportunities for nations to qualify Eventing teams for Tokyo are at the Pan-American Games in Lima (PER) at the beginning of August and the FEI European Eventing Championships in Luhmühlen (GER) at the end of August, both of which have two slots available. Additionally, the highest ranked nation at the end of the FEI Eventing Nations Cup™ series 2019, which winds up at Boekelo (NED) in mid-October, will also book their ticket for next year’s Games.