Home > News & Stories > Edwina Amongst the Star-Studded Line Up for LGCT Valkenswaard, The Netherlands

Edwina Amongst the Star-Studded Line Up for LGCT Valkenswaard, The Netherlands 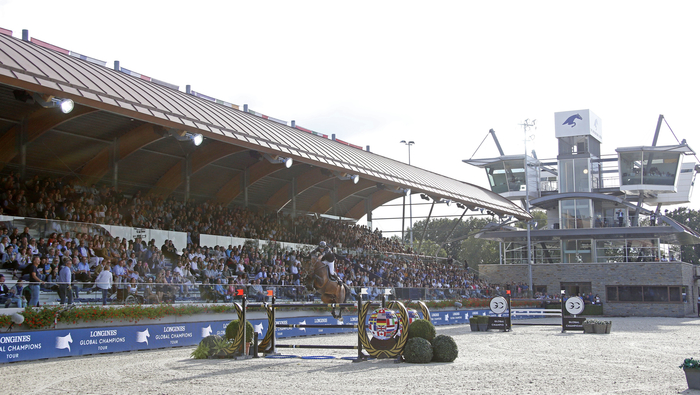 Valkenswaard, The Netherlands, is the spiritual home of the Longines Global Champions Tour, and has always been a favourite with riders, owners and fans alike.

For the 14th season of the world's premier show jumping series, the world class, state-of-the-art Tops International Arena will host the 15th leg of the circuit from 9th - 11th August. The superb facilities at the epicentre of equestrianism in Europe, were created by Founder and President Jan Tops and have raised the bar in equestrian sport to new heights.

Designed with the horse as the top priority, the show ground features an exceptional 125m by 85m sweeping sand arena, four further arenas featuring top class footing, canter tracks and lunging arenas, expansive warm up arenas, exceptional wash areas and facilities for grooms to provide top standard care and over 500 world class and beautifully designed stables available for visiting competitors. Within the impressive complex there is a shopping village, refreshments and entertainment areas - all of which are available for everyone in the family to enjoy, and tickets allowing the perfect view of the action under covered grandstands as the 2019 LGCT Championship battle gallops towards the final quarter.