Equestrian Community debates future of jumping at round table session

The future of Jumping, the world’s most popular equestrian sport, was debated at a high-powered round table conference in Switzerland this week.

Held over two days in the Olympic Capital, Lausanne, discussions at the round table centred on the future of the sport in an increasingly cluttered global sporting calendar, with close to 40 participants from 21 countries and five continents representing athletes, chefs d’equipe, event organisers, horse owners, officials, the FEI Board and FEI Jumping Committee.

Following presentations on anti-trust legislation, new trends in sport and Jumping statistics, first-day discussions focused on the structure of FEI Jumping events, including the Event Classification System and online competitions, the sustainable and ethical use of horses, and the importance of the rules around date clashes on the FEI Jumping Calendar.

It was agreed that stronger minimum requirements are vital for improving the overall standard of FEI events, particularly with regards to stabling and stable security. And there was consensus amongst the group that the responsible use of horses rested firstly with the athletes, together with the horse owners, but that the FEI would step in if there were concerns about over-use.

Unsurprisingly, the seasonal team feature series, the Longines FEI Jumping Nations Cup™, dominated discussions on the second day, generating animated and very positive debate. There was a clear consensus that the series is an excellent product that is driven by national pride and emotion. It was agreed that the FEI Nations Cup™ must be the most important series in the sport, but that there should be a focus on continuing to improve it to ensure its long term future in an increasingly competitive environment.

Switzerland’s Andy Kistler presented the views of the chefs d’equipe group, including a proposal to reduce Europe Division 1 to eight teams, six events, and with the four best results to count. This was discussed at length and garnered considerable support in the room. The European Equestrian Federation is also currently working on a revised format for Europe Division 2. 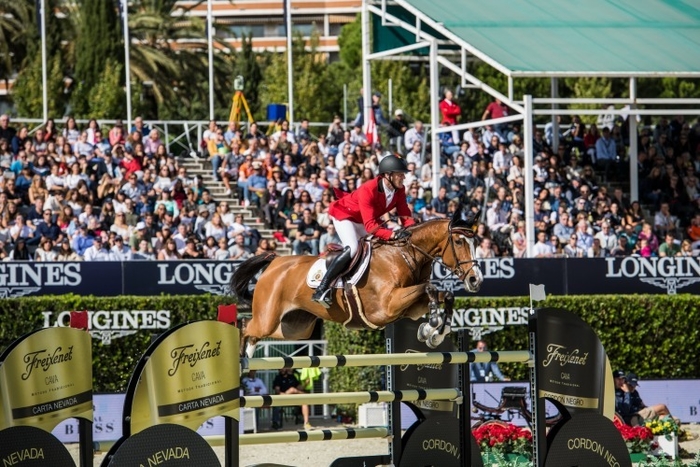 Kevin Staut: “FEI can be really proud to have a product that is close to perfect. It’s the most important product.”

Pedro Veniss: “Everybody just loves the Nations Cup. It’s the best product that we have. As a rider I can promise you that it’s the best feeling in the world to ride for your nation.”

Michael Duffy, one of six Irish athletes in the top 30 in the U25 Jumping rankings introduced in 2019: “The main thing for me was the Nations Cup series, it’s the centrepiece of our sport and it needs to be the main goal.”

Dominique Mégret, Chair of the Jumping Owners Club, was also vocal in his backing for the series: “The Nations Cup is the DNA of our sport.”

The commitment to the feature individual series, the Longines FEI Jumping World Cup™, was also strong, and there was full agreement that the seasonal Final should be moved closer to the last qualifier in order to maximise attendance of top athletes and horses.

The format of FEI Jumping Championships, the FEI invitation system and ways to attract young officials into the sport and horse welfare in developing countries wound up the discussions.

The positive outcome of the round table session were commented on by many of the delegates. Peter Bollen, Chair of the International Equestrian Organisers’ Alliance (IEOA): “I think the round table was a very good initiative and all stakeholders were there. By putting the people around one table, first of all we start to understand better the different points of view and secondly we came much faster to consensus about some items. It was a very successful, very positive meeting and everybody was there with a really positive mind-set.”

Eleonora Ottaviani, Director of the International Jumping Riders Club (IJRC): “This meeting was really important for the Riders’ Club because one of the goals of the Club has been achieved. Our goal was not to have power, but to give to the people that have to take the decisions the right information.”

Stephan Ellenbruch, FEI Jumping Committee Chair who moderated the sessions, commented: “This meeting has really showed that we are not only sitting in the same boat but we are really rowing in the same direction. We got a lot of support from the stakeholders, there were a few things where we had different views, but on the principle issues we are in full agreement and that’s very good to see.”

FEI President Ingmar De Vos was also very positive in his summary of the meeting: “The round table consultation over the past two days has generated important debate about the future of Jumping and it was crucial that these discussions involved input from a truly representative group from our community. Most importantly, it clearly shows that while we maybe sometimes disagree, we all share the same passion, and we are all truly supporting and promoting our sport. It shows that working together and having a dialogue can achieve much more than by staying in silos.”

The recommendations that came out of this week’s round table discussions will now go forward to the FEI Jumping Committee and the FEI Board, and the resulting proposals will go through the normal consultation process with National Federations and stakeholders.