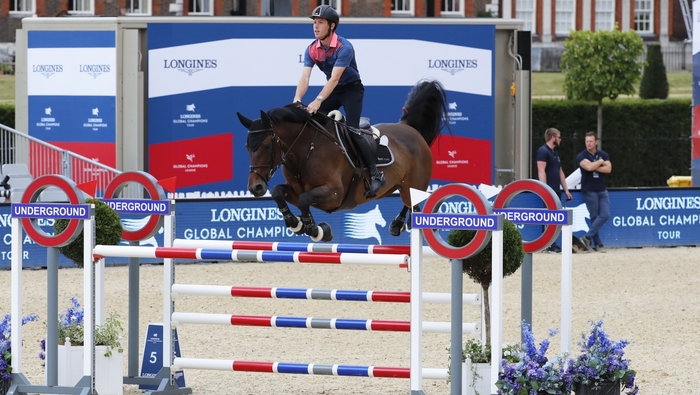 World class riders have brought out their top horsepower this weekend for the Longines Global Champions Tour of London. As the final furlong of the championship race approaches, leg 14 is set in the beautiful grounds of the Royal Hospital Chelsea and is a win all riders would like to add their names to.

Reigning champion Scott Brash (GBR) and enthusiastic Hello Mr President will be hoping to defend their title in the LGCT Grand Prix of London presented by Tennor on Saturday. Compatriot and currently ranked third in the championship race, Ben Maher (GBR) has bought with him two of his top horses Explosion W and F One USA. They will be a force to be reckoned with as he hopes to take the win on British soil in front of home crowds.

British fans will also be able to support young talent Harry Charles (GBR), who impressed last year with ABC Quantum Cruise in their debut Longines Global Champions Tour. Charles and the 10 year old bay gelding will be looking to perform well again, the pair edging ever closer to their first LGCT podium. Another up and coming British rider hoping to please the crowd is Emily Moffitt (GBR) with high aspirations for Winning Good and Tipsy Du Terrel - with the British riders bringing out the big guns in terms of horsepower it’s all to play for on home turf.

As always Pieter Devos (BEL) and Claire Z are going to be the ones to watch as Devos currently sits at the top of the Longines Global Champions Tour rankings with his closest competition, Ben Maher, being 25 points behind him. On form Darragh Kenny (IRL) will be another rider to keep an eye on, the Irishman bringing out Balou du Reventon - the horse who triumphed in the LGCT Grand Prix just 3 weeks ago in Chantilly.

Malin Baryard-Johnsson (SWE) is riding her two fiery mares H&M Indiana and H&M Second Chance while notoriously fast Julien Epaillard will be hoping to add another win to his tally this season with Usual Suspect d’Auge and his bay mare Queeletta. Simon Delestre (FRA) brings out the small but mighty Hermes Ryan, and Eric Lamaze (CAN) will hope Chacco Kid can help him towards a podium this weekend, right in the heart of London.

You won't want to miss a minute of the action so tune in live on our website GC TV with the first CSI5* class starting tomorrow at 14.30.