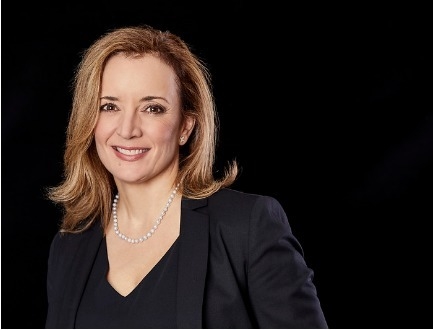 “Diversity and gender equality at the top table are crucial to the success of any organisation,” the FEI Secretary General said.

“Now, more than ever, we need to ensure that all voices are heard in the decision-making process to better address the constant change in the sporting landscape. I am extremely honoured to have been given this responsibility and to continue working with a group of people with the drive and passion to move the agenda forward, particularly at a time when there is an even greater urgency to make sustainable decisions.”

“Sabrina Ibáñez is a highly experienced sports leader and will be an excellent chair for ASOIF’s Diversity and Gender Equality Consultative Group, of which she is a founding member,” ASOIF President Francesco Ricci Bitti said. “She represents a Federation which has been exemplary in promoting gender equality and diversity. Together with the other Group members, she will provide important advice to ASOIF.”

The ASOIF Diversity and Gender Equality Consultative Group (ADGEG) was established by the ASOIF General Assembly in May 2019 as a follow-up action to the recommendations of the IOC’s Gender Equality Review Project. The ADGEG was mandated to address and challenge stereotypes and work closely with the IOC towards a world of sport which provides equal opportunity for everyone.

“We have seen that International Federations with gender equality on their boards have a 70% higher success rate overall,” the FEI Secretary General said. “Unfortunately, the organisational structures that currently exist across the sport’s world have relegated some groups of people to the sidelines so that they are not fully included in important decision-making processes.

“Equal access and opportunity to participate in sport is a fundamental human right and it is this capacity for inclusivity that gives sport its true power.”

The former FEI Governance and Executive Affairs Director, Sabrina Ibáñez became the first female FEI Secretary General in 2014. She was elected the first President of the Association of Paralympic Sports Organisations (APSO) in 2017 and is also a member of the IOC Gender Equality Working Group. FEI President Ingmar De Vos became a UN International Gender Champion in March 2017.

“Both the FEI President and I are keen advocates of open and frank discussions of gender and diversity within the equestrian community, which is why we dedicated a session to gender equality at the 2019 FEI Sports Forum”, Ms Ibáñez said. “It allowed us to take stock of where we are as a sport and to inject some new thinking and ideas into the discussion.”

While equestrian sport is gender neutral on the field of play, the FEI has introduced key practices to reduce the structural barriers to gender equality and diversity at the leadership level. The criteria of the Nominations Committee now states that if there are comparable candidates for a position, preference needs to be given to the gender that is under-represented in the body.

As part of FEI Solidarity, the Federation also created the Gender Equality Grant in Equestrian Sport in 2020 to grant CHF 20,000 to one specific National Federation project or programme whose main aim and focus is the promotion of gender equality. This can include programmes relating to governance and administration, athletes’ participation, coaches, officials, grooms and farriers.