Jumping looks set to be a testing thriller…. 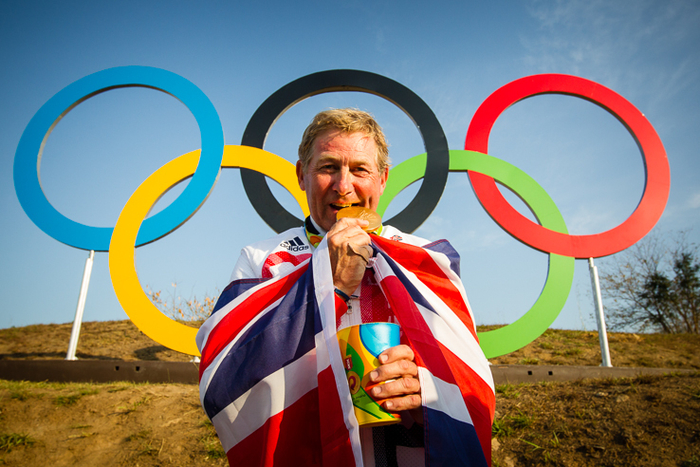 Tokyo 2020 is one of the most talked-about Olympic Games of all time, and as it arrives on our doorsteps a year late and filled with challenges, for the stars of international Jumping the questions are clear.

How will the three-rider no-drop-score format play out in the battle for the Team medals? And is there anyone to get in the way of the pair who claimed individual silver at the World Equestrian Games in 2018 and the individual European title a year later - Martin Fuchs and his super-horse Clooney - when it comes to glorious individual gold?

With so few team competition opportunities in the lead-up to these Games it’s difficult to make any predictions. However if the Division 1 Nations Cups that took place last month are anything to go by, then the on-form countries are Sweden, Switzerland, Germany and The Netherlands.

A total of 75 athletes will be chasing down their individual dreams when the action begins at Baji Koen on 3 August, and athletes from 19 countries will be giving it everything they’ve got when the team contest gets underway on 6 August. It will be a fascinating four days of Olympic equestrian sport.

Team France are the defending champions having clinched gold for only the second time in Olympic history at the Rio 2016 Games, and Penelope Leprevost is the only member of that victorious team to line out again at Tokyo 2020 where she will be joined by Mathieu Billot and Nicolas Delmotte. Silver went to the USA five years ago, while Germany won out in a thrilling jump-off against Canada for the bronze.

Comeback king Nick Skelton won Britain’s first Olympic Individual title in Rio with Big Star, a phenomenal and emotional achievement for the 58-year-old athlete who had broken his neck in a fall 16 years earlier. Silver went to Sweden’s Peder Fredricson and the brilliant All In, and this pair – who won the individual European title in 2017 – will be joined by Malin Baryard-Johnson and her feisty mare Indiana and Henrik von Eckermann with King Edward in Tokyo.

The British have two of the team that secured Olympic gold for their country for the first time in 60 years in London in 2012, and both Scott Brash (Hello Jefferson) and Ben Maher (Explosion W) also look well set to challenge strongly for the individual medals.

But the Team and Individual line-ups are crammed full of winners, the Americans buoyed up by their victory at the FEI World Equestrian Games™, Belgium bolstered by their success at the 2019 European Championships and the Irish full of determination after clinching both Olympic qualification and the series title at the FEI Jumping Nations Cup™ Final later that year.

Germany however holds the record for the greatest number of Olympic gold medals, with five Individual and eight team titles since Jumping joined the Olympic programme in 1900. And with world number one Daniel Deusser (Killer Queen), Christian Kukuk (Mumbai) and Andre Thieme (DSP Chakaria) showing fantastic form they are going to be mighty competitive once again.

But the hosts from Japan can’t be overlooked. They finished sixth in Olympic-level company at the last of the four legs of the FEI Nations Cup series in Rotterdam just two weeks ago and under the stewardship of German legend Paul Schockemohle, and mounted on some fabulous horses, Daisuke Fukushima (Chanyon), Koki Saito (Chilensky) and Eiken Sato (Saphyr des Lacs) will be giving it more than their all on home soil when the Games begin.

They’ve only ever taken one Olympic medal, when Takeichi Nishi came out on top with Uranus in Los Angeles in 1932. That was an interesting Games because, staged in the throes of a world-wide depression, only three teams showed up - Mexico, the USA who were considered big favourites, and a Swedish side made up of their Eventing squad. And not one of them finished.

There were three riders on each team and American chances were dashed when Lt John Wofford was eliminated. So when Sweden’s Lt Arne Francke suffered the same fate along with all of the Mexicans no team medals were awarded. But Japanese Baron, Takeichi Nishi, produced a brilliant ride with his French-bred horse to take the Individual honours.

There will be three riders per team this time around as well, so just like back in 1932 when mistakes proved more than costly, there will be no room for error in the team competition, and Individual glory will go to only the best of the best.

Jumping is an equestrian sport in which horse-and-athlete combinations jump knockable fences inside an arena, with penalties for knock-downs, refusals, horse or athlete falls and for going over the time limit. There are a variety of competitions including speed events, and some will conclude with a jump-off which can be compared to a penalty shoot-out in soccer, and the result is just as unpredictable.

How it will play out….

There will be two Individual Competitions and two Team Competitions, taking place on different days.

The first Individual competition takes place on Tuesday 3 August and is a qualifier for the Individual Final the following day. It will be Table A not against the clock and without a jump-off. Athletes will place according to their penalties and in case of a tie they will be separated by the time of their round. If still tied, they will be placed equal.

The first Team competition is open to 19 teams of three athletes and all teams will start on a zero score. It will take place on 6 August and is a qualifier for the Team Final on 7 August. It will be Table A not against the clock and without a jump-off in the event of equality of penalties for first place. Disqualification of one athlete will result in the disqualification of their entire team.

Team scores will be decided by adding the penalties incurred by all three team members. Athletes who withdraw, are eliminated or retire from the competition will not be given a score and their team will be placed according to the combined scores of the remaining two team-members. Three-member teams will be placed ahead of teams of two.

The best 10 teams, including those tied for 10th place, will qualify for the Team Final which will be Table A not against the clock over one round with a jump-off in the event of equality of penalties for the medal placings. Starting order will be in reverse order of merit from the first Team competition.

After the first two athletes from each team have competed there will be a compulsory 20-minute break. An intermediate classification of the teams will decide the starting order of each team’s third athlete.

One substitution of an athlete/horse combination is permitted per team. Substitutes are not permitted to compete in a jump-off.

Teams will consist of three athlete/horse combinations with all three scores counting for the result.

Two former Olympic Individual gold medallists will line out in Jumping at the Tokyo 2020 Olympic Games - Switzerland’s Steve Guerdat who reigned supreme in London in 2012 and Brazil’s Rodrigo Pessoa who took gold in Athens in 2004.

No female athlete has ever won Olympic individual gold in Jumping, but Great Britain’s Marion Coakes and the amazing pony, Stroller, claimed Individual silver in Mexico in 1968 while in Munich in 1982 her compatriot, Ann Moore, took silver with Psalm.

Holly Smith is the first female athlete to compete for Great Britain in 45 years. The last British female was Debbie Johnsey who partnered Moxy in the side that finished seventh at the Montreal Games in 1976.

Mario Deslauriers will compete as an individual for Canada, 37 years after he won the FEI World Cup Final™ in Gothenburg (SWE) in 1984 at the age of 19.

At the Tokyo Olympic Games in 1964 Germany won team gold by a considerable margin and Pierre Jonqueres d’Oriola from France, also Individual champion in Helsinki in 1952, became the first Olympic Individual Jumping double-gold medallist - a record that still stands today.