This article is from the October 2020 Horse Deals magazine.

Last year, the Australian Senate reported on the feasibility of a National Horse Traceability Register for all horses. In September 2020, the Australian Government responded to the Report’s 18 recommendations.

But this is not to say that the Australian Government disfavours a register. On the contrary, its response expressly states, “The Australian Government supports the establishment of a national horse register”. It recognises that rider safety, horse welfare and biosecurity are some of the drivers across the horse industry for a register. But it cautions that there would be a significant cost to the public associated with establishing a register. So, it supports the establishment of National Horse Traceability Working Group to advise State and Territory racing and agricultural ministers on the design, development and implementation of a national register.

The working group is to be co-led by Victoria and Queensland with other State and Territory support and the Australian Government expects that it will consult closely with the horse industry to formulate a proposal for a register. Everyone in the horse sport, recreational and breeding sectors and industries should therefore be willing and able to contribute their thoughts and ideas for a register. The Australian Horse Industry Council [www.horsecouncil.org.au] has 2 seats on the working group. It is therefore well positioned to receive, develop and advance in the working group contributions from these sectors, industries, and horse enthusiasts more generally.

While food producing animals like cattle are already subject to quite advanced identification and traceability systems in Australia, the fact that horses are outside our human food chain has not necessitated their inclusion in these systems. Drivers for those systems were food safety management, disease investigation and overseas market access requirements. The Australian Government says that the functions of the horse register would have to consider the practicality, scope and cost benefit of a register, since it would potentially affect racing, equestrian activities, farm work and recreation. In other words, it seems that the Australian Government is sceptical that a national horse register would be sustainable from an economic viewpoint, even if its aims are laudable. Well, who could really argue that if a register would enhance rider safety and horse welfare, those outcomes were not worthy? The subtext from the Australian Government’s response is that a register is going to cost money to devise, implement and execute.

The Australian Government says that necessary funding for the register is likely to be a matter for State and Territory Racing Ministers and Racing Authorities, while recognising that a co-investment model is desirable, in other words, funding in part by State and Territory governments and part by the horse industry. The working group will engage with the horse industry as regards to its capacity and willingness to contribute to the cost of a register. As recognised in the response, the racing industry is probably going to have to shoulder the lion’s share of the cost because it is such a significant and valuable one. But the non-racing horse sector is going to have to face up to some cost but, more importantly perhaps, also to its horses being captured by the register. It is in the non-racing horse sector of course that rider safety, honesty in trade of horses and horse welfare are key issues for its constituents and hence drivers of a register from their viewpoint.

The Australian Government recognises that the functions of the register, which might expand over time, must be supported by state and territory legislation. This appears to be an acceptance that voluntary codes of practice, even binding private rules between members of organisations, are never of themselves enough to secure compliance.

Assuming a well-designed register, a significant consideration (perhaps the overriding one) is the degree to which compliance and enforcement can be achieved. The Australian Government’s response often refers to ‘policy and regulation’ around the establishment of a register. Policy is the stuff of inspiration and regulation more to do with perspiration. The Senate’s report and the Australian Government’s response both recognise the following key challenges: defining the role of industry versus the role of government concerning compliance and enforcement; the reduction of resources to support compliance and enforcement over time; and striking the right level of penalty to discourage breaches of traceability.

One area the working group will want to explore with sport and recreational governing bodies, clubs and societies and breed organisations is their gatekeeper role. How can they secure compliance with the identification and traceability requirements of a register? All of us need to begin thinking how to achieve the just goals of a register at the least cost to the industry with the greatest efficiency. It is highly likely that a register will come about, so now is the time to get involved. 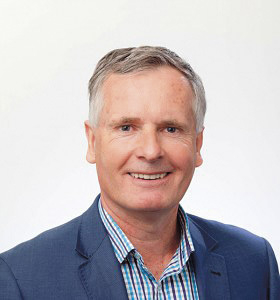