Local Club takes the lead against bullying in Equestrian Sports

Local sporting club, the Coffs Coast Jump Club (CCJC), has used its recent Annual General Meeting as a platform to announce a club-wide pledge against bullying and harassment in equestrian sports. 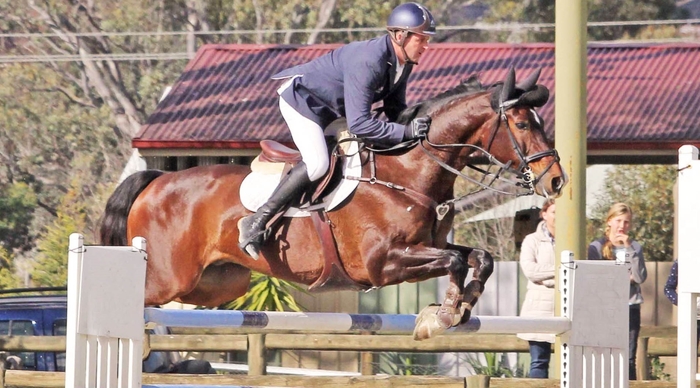 The pledge follows a survey conducted by the anti-bullying support-group, Stop Bullying in Equestrian Sports (SBIES), that revealed 85% of respondents had either been bullied or witnessed bullying as a member of a horse-riding club or at an equestrian event.

The alarming findings by SBIES indicate that local clubs and event organisers hold the key to reducing this statistic.

“We applaud the Coffs Coast Jump Club board in demonstrating some real leadership on this important issue. In taking out a club-wide SBIES pledge the CCJC is making every single member of the club accountable for providing a safe and bully-free environment.”

“The SBIES pledge is a highly effective way of setting the standards of behaviour at the club level. We want to encourage other clubs to follow the lead of the CCJC and tackle the issue of bullying head-on,” Hannah said.

In explaining the CCJC’s decision to adopt the SBIES pledge, Board Member Sally Hutchison said:

“Our club, Coffs Coast Jump Club, decided to not only support Stop Bullying in Equestrian Sports, but also make a pledge to our own members, based on the conversations we had with members and the board itself.

“Many of us retold stories of being bullied and torn down when we were successful which have stuck with us - and this, from our own peers in what should be an inclusive and supportive environment.

“We wanted to take a stand and stop this. We can no longer walk past this kind of behaviour,” Sally said.

SBIES is inviting all equestrian clubs in Australia to join them in the fight against bullying in equestrian sports. Club boards can either take the SBIES pledge themselves or conduct an annual SBIES Pledge Day (download the written pledge below).

By adopting the SBIES anti-bullying pledge, clubs can play their part in addressing this serious issue at the grass-roots of the sport.