Three donkeys from Lancashire, who were subjected to misery and pain after their owner neglected their basic needs, are now thriving in the care of international animal welfare charity The Donkey Sanctuary. 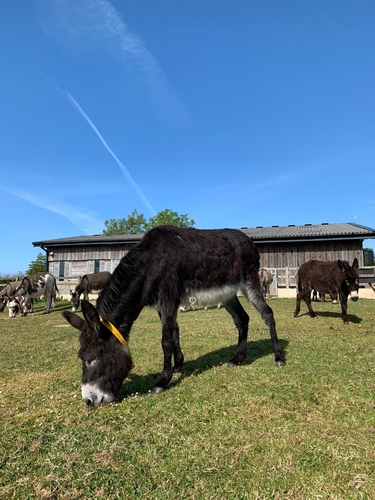 Following their successful rescue in 2018, in collaboration with the RSPCA and World Horse Welfare, the donkeys, named Smokey, Belle and Sophie, now have a safe home for life at The Donkey Sanctuary’s international headquarters in Sidmouth, Devon.

The donkeys were discovered at a property in Lancashire in a state of serious neglect. They had overgrown hooves, and it was clear they had not been receiving even the basic level of care.

Hannah Bryer, Head of Welfare at The Donkey Sanctuary, said: “All the donkeys had marked matting to their coats, while two had such overgrown hooves that they had started to curl over. 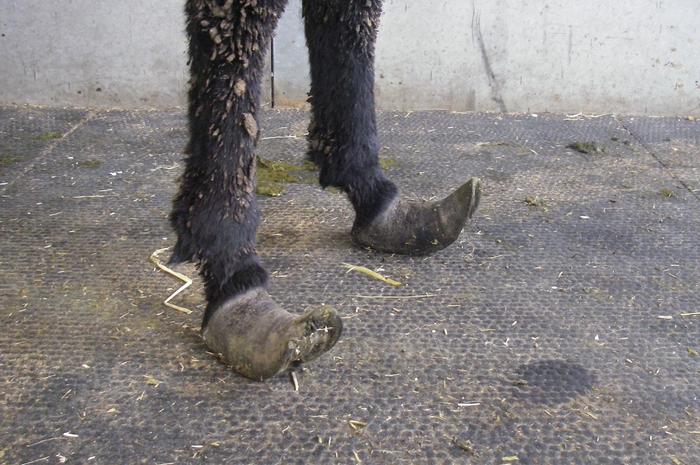 “This would have taken many months to develop and it would have been obvious that they were struggling to walk.”

After being removed from the site, remedial work to remove excess hoof growth was carried out by a farrier before the donkeys were transported to The Donkey Sanctuary in Sidmouth, Devon. Here they spent the next five months being cared for in the charity’s New Arrivals Unit.

Most donkeys that arrive into the care of the charity usually spend between six to eight weeks in the unit, but due to their condition they needed a much longer stay. 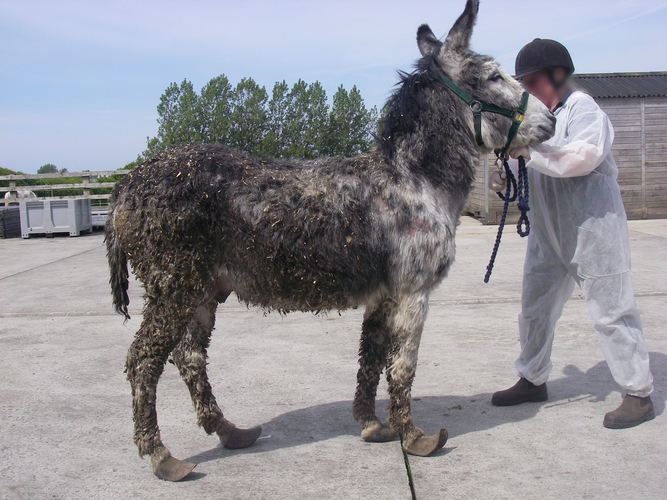 Smokey at the time of his rescue

Sara Blair-Salter, New Arrivals Manager at The Donkey Sanctuary, said: “There was a huge difference in their behaviour on their first day compared to their last, thanks to the love and care our team of dedicated grooms provide to all new donkeys who arrive at the sanctuary.

"Every donkey is different. Some of the donkeys that come from horrendous backgrounds come round very quickly, but of course some may need more time and support. 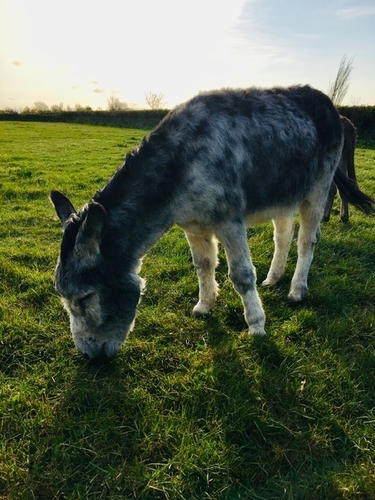 “We treat them all individually, understanding what each donkey likes and doesn't like. It is important to find out what they are comfortable with; it is about getting them to trust us.

“Smokey was a real favourite of ours. He was very laid back and had a lovely temperament. He had a lot of lameness issues, so came to us later than the other donkeys as he was not fit enough to travel, but he loved the company and attention we gave him.”

Sadly, two other donkeys named Penny and Jenny that were rescued along with Smokey, Belle and Sophie developed health conditions, and despite the best efforts of veterinary teams they were put to sleep. 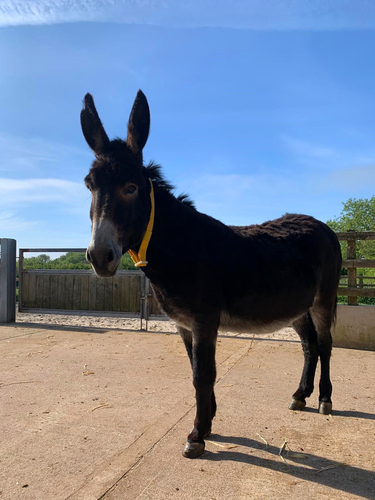 But Jenny’s legacy lives on – she arrived at the sanctuary pregnant and gave birth to a foal who was later named Bill. He was initially very nervous and skittish, which are uncommon traits for a naturally inquisitive donkey foal, but thanks to the expert care of the sanctuary grooms he has now developed into a playful donkey.

After enjoying weeks of long overdue love and care in the New Arrivals Unit, Smokey, Belle and Sophie were introduced to their new companions at the sanctuary in Sidmouth.

Smokey joined a group of other male donkeys and has become best friends with Caesar. He enjoys being around his companions and is always happy to see the grooms when they arrive to care for him.

Belle and Sophie live with a group of younger donkeys at the sanctuary in Devon. Belle loves the fuss from visitors and continues to display confidence and trust in everyone she meets.

Thanks to a multi-agency collaboration, Smokey, Belle and Sophie are now enjoying a loving environment, with a safe home for the rest of their lives.