Off The Track - Mr Pig with Sophie Fox 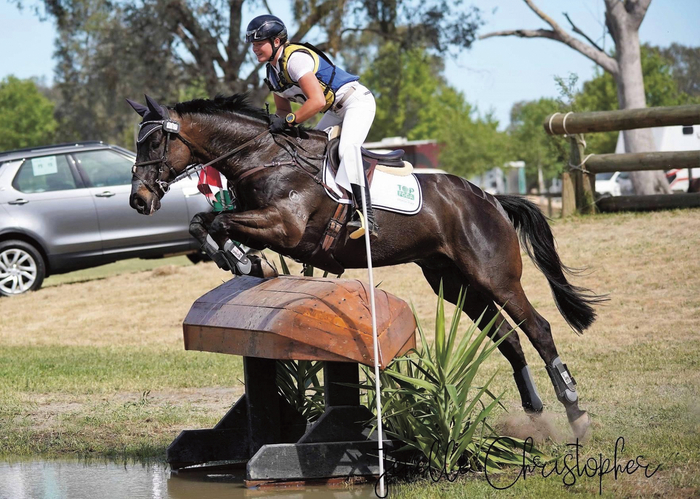 The fascination of producing horses is that you never really know what you have until you put it to the test. A top performer can just as easily come out of the newspaper as an elite European sale. Their success is not always evident at the outset, as successful young Victorian horse professional, Sophie Fox discovered with her purchase of the retired racehorse, Winnie’s Horse.

The gelding was bred at Darley and foaled in 2009. He is by the Danehill son, Commands out of the Octagonal mare, Depeche. He raced briefly in Australia and from six starts had a first-up win at Sandown and another win at Kilmore in 2011. He was sold to Hong Kong interests in 2012 where he had four wins from 38 starts. His total prizemoney was A$324,913.

Horse people have favoured Thoroughbred lines that they think produce good sport horses and it does not take long with success in the eventing or showjumping arenas for reputations to be made. All racehorses are bred to be athletes, so is it breeding or is it production, or is it, most likely a combination of both? Winnie’s Horse is by Commands (Aus) that goes back to Northern Dancer. Commands is out of the mare, Cotehele House that is out of Eight Carat that goes back via Relic and War Relic to the influential US sire, Man O War. All those stallions have had influence on sport horse breeding both in the States and Australia. On the dam side, Depeche is by Octagonal that is by Zabeel by Sir Tristram. Interestingly Octagonal is out of Eight Carat that moved from GB to New Zealand in 1982.

“His breeding was the main reason I took him, because I really like the Octagonal line,” begins Sophie. “ I heard of him through my vet, Pos Thompson. She worked at Booralite Park at Swanpool, near Benalla where he was after quarantine when he came back to Australia from Hong Kong in 2016. She told me he was there and too good just to be out in the paddock. He had come back from Hong Kong and was looking for a home. He was seven years old and had an old tendon injury and I was reluctant to take him. I went and rode him and he was not a good mover, but he was quiet, so I took him home.

“I had two geldings at the time, one I thought a lot of and the other I thought was a turn over prospect. The name Mr Pig came from his brand P169 that looked like Pig, it was as simple as that. I thought he would be a turn over proposition as well. They were all out in a big paddock and to bring them in, I would ride Pig bareback and lead the other two. Pig was really quiet and gets along well with other horses. Initially, I did heaps of hacking out and moving cattle with him, thinking that would help his sales prospects. I decided to sell him and advertised him for $5,000 and I did not get one phone call, so I was stuck with him.

“After about a year, I started to take him out and compete. I found that he had a really good, willing jump and tries hard everywhere he goes. His first competition was a monthly showjumping weekend at Boneo Park. His eyes were just popping out of his head and it was difficult even to get on; he was running in every direction in the warm-up arena. I thought, I’m just going to go in the ring and see how he goes. It was only the 80cm and once he got in and was away from all the other horses, he was great. He actually came third and won a Boneo voucher. It was a terrible, wet weekend and I decided to book stables and I used the voucher to pay for Pig’s stable.

“When I first started him, successful eventing rider, Andrew Cooper said to me, why are you wasting your time with him, he can’t trot. Eighteen months later, he asked me if I was going to sell him!

“He did have a terrible trot, like he did not know how. It has taken a long time, but his trot has really improved, although it is still a work in progress. His dressage is always secondary to his jumping; he is such a natural jumper. I just kept persevering with him and having fun and thought, maybe I’ll keep him. He’s gone up through the grades quickly. Dressage is not our strongest phase, but it is something we are working on and Pig always gives it a go and never throws the towel in.

“He has turned out to be a really good horse and was second in the Melbourne International CCI3* at Werribee last year and the winner was an imported Warmblood. We were aiming for the Melbourne CCI4* this year, before COVID-19 stopped all competition. So during the COVID lockdown and because he went up the grades quickly, I have gone back to the basics with him. Basically starting as if he was a green horse and of course, working on improving his trot. Now that he is coming back to the more advanced work, that back to basics has really paid off. He showjumps really well which is nice, as I can canter into the arena and know that he is going to try hard and certainly the cross country is a highlight for him.

“I called him Pig because of the brand, but he is a bit of a pig when he eats and is a pig in the paddock and gets very dirty. He is really more like a pet than a horse now and he is part of the family and would walk inside if you wanted him to. I am hoping competition will start again in December, but there has not been much said about it and really, who knows what will happen? But when it does start up again, Mr Pig will be ready to go.” 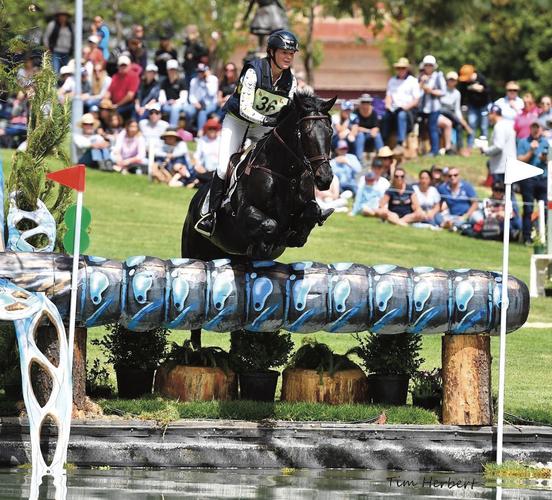