This article is from the July 2019 Horse Deals magazine. 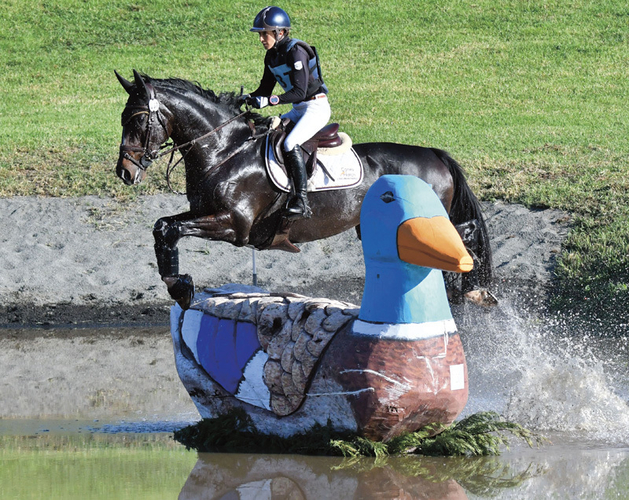 Annabel and Quaprice through the water at Sydney International 3DE 2019.
Photo: Julie Wilson

The Thoroughbred as a world-class eventer has taken a bit of a knock in recent times, so it was heartening to see seven in the Sydney CCI4 star-L field. For those who are not up with the new FEI eventing grading, the CCI4 star-L was the main competition at the Sydney International Three Day Event and one of just a handful of top international eventing competitions in Australia. The story this month is about the winner of the Sydney Four Star Long competition, Annabel Armstrong’s, Quaprice.

Quaprice is by the UK bred 1990 English Derby winner, Quest For Fame out of the Grosvenor mare, Misdevious. Foaled in 2007, the filly got a great start in life at the Woodlands Stud in the Hunter Valley, but despite being a great-granddaughter of the 1975 Australian Racehorse of the Year, the Andrew Peacock owned and Bart Cummings trained Leilani, Quaprice, that raced as Killop did nothing to make great granny proud. She had three races and came seventh out of seven in her last race at Gundagai on the 1st of January, 2012.

Quest For Fame has a reputation for producing good jumpers and Quaprice’s dam, Misdevious, a granddaughter of Sir Tristram on the sire line was impressive enough to catch the attention of international jumping rider, Cathy Graham. “She was a beautiful mare and I liked her breeding,” says Cathy, “and we bought her in foal. I thought we might be able to breed a sport horse out of her, but sadly, she was unable to breed on at that stage.” So when former international jumping rider and racehorse trainer, Greg McDermott saw Quaprice on the track and looked at her breeding, there was plenty there to like and he bought. “Dad liked her type and breeding and bought her off the track,” explains top jumping rider, Tom McDermott. “We started to school her and she was a natural right from the start. She wasn’t spooky and just jumped everything we put in front of her. I started to do Young Horse classes and 1.10m classes with her and she was just a natural talent from the get-go. We were not so keen to sell her, but Alex Townsend asked us if we had anything that had the potential to make an international eventer, so dad took the mare down to Wallaby Hill for her to try.”

“She did not suit Alex,” explains Annabel, “but she rang me and said if I wanted a four star horse come and have a look at her, as she thought she would suit me. I wasn’t sure I wanted another horse, but when I went and tried her, I thought, this is the one; she was the most athletic horse I had ever sat on. I got a group of people together to help me buy her and away we went. She was six years old when I bought her and she is now rising 12. Apparently at the time Tom had her, his French groom called her Quaprice and I call her Daisy at home. (Tom called her Questie in the stable and he has trouble calling her Daisy now, as he has a pig called Daisy). She has such a natural jumping ability, but for eventing she has to do a dressage test and cross country. However, even though she was green, she won her first event (95cm). Being a Thoroughbred, she just worked it out, she wanted to jump and is forward thinking. She is a lovely horse to ride and is a beautiful horse to ride in the dressage and at 16.1hh she just suits me. 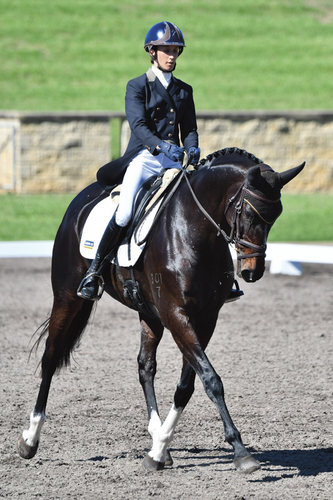 “She was very good at Sydney, (taking the win with a clear final jumping phase) and she does suit three day events. Being on a Thoroughbred is a real help when you get to 10 minutes 15 seconds on the cross country course and you feel like the horse is just settling in; it’s a very good feeling. She went through the last water jump, three from home and she was still just so athletic and so sharp; I just put my foot down and we whizzed home. It is fun having a horse with such ability and such a good jumper in the final phase. We did the Wallaby Hill Four Star Three Day Event in December and she was third, so we have the qualifications for Olympic participation in Tokyo if we were to be selected. We were a reserve combination for the recent Australian Oceania (Trans Tasman) Team that went to New Zealand, but we didn’t get the call-up, so I was a last minute inclusion at Sydney.

“The grand plan for her future is to take her overseas at the end of this year or the beginning of next year. Nothing has been finalised, but my husband, Hamish (Cargill) and I have lots of ideas. Hamish has a four star horse as well, but at this point, we are not sure where we will be heading. I would love to take Daisy to some of the famous events around the world, Badminton, Kentucky, etc; that ambition is what keeps you going.

“It is now a matter of watch this space. Hamish and I do this sport because we love it; we are not hanging out every minute to get on a team even though it is our ultimate goal, but in the meantime, you’ve got to have a go.” 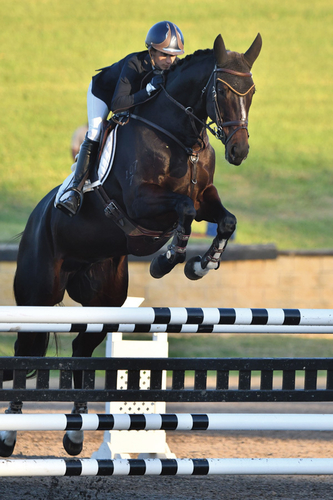