A coach who created online competitions and drop-in education sessions, a Club that built strong community and business partnerships, and a rider who represented Australia in China are among the winners of the annual PCA National Awards for 2020. 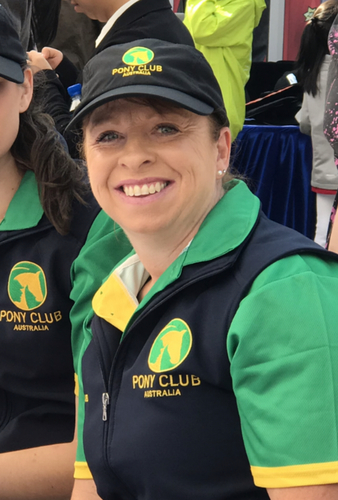 In a first for Pony Club Australia, the Riders of the Year, and Coach, Volunteer and Club of the Year have been announced online, in a presentation unfolding like a TV awards ceremony.

PCA Board Chair Heather Disher, in lockdown in Victoria, hosted the event and celebrated both the finalists and winners.

The awards acknowledge the best achievements, dedication and service by riders, coaches, volunteers and Club. With over 800 Clubs and 40,000 members, competition is always keen.

Pony Club Australia CEO Dr Catherine Ainsworth said the annual awards are not just about achievement. “It’s about participation, citizenship, giving back to Pony Club and showing initiative,” she said.

This year, three of the awards went to Tasmanian nominations, from strong fields in all categories.

You can also watch the awards ceremony here:
https://tinyurl.com/PCANationalAwards2020

Popular news & stories
1.
Top Hats May be Gone in Dressage Competition, but Not in Image
2.
Australian Team Ready for International Pony Club Quiz Competition
3.
What People Really Think About Safety around Horses: The Relationship between Risk Perception, Values and Safety Behaviours
4.
Age is just a number - in the saddle with 62 year old Delwyn Ogilvy
5.
Katie Laurie to be part of Major League Show Jumping
6.
FEI WBFSH World Championships For Young Dressage Horses Cancelled
7.
Hickstead Might Return on International Dressage Calendar in 2022
8.
Racing Victoria extends partnership with Equestrian Victoria
9.
Olympian Rebel Morrow takes us through her off the track success.
10.
Jaw-dropping photo of horse jumping over top of the wings goes viral