An overweight donkey who was struggling to walk due to severe hoof conditions, is now well on the road to recovery thanks to international animal welfare charity The Donkey Sanctuary.

Following a call from a concerned member of the public, eleven-year-old Lily was discovered living in a field in St Agnes, Cornwall, with her donkey companion Amy, in February 2020.

Both donkeys were severely overweight and struggling to walk due to severe lameness. Their paddock also contained ragwort, a plant that if eaten is extremely harmful to donkeys. 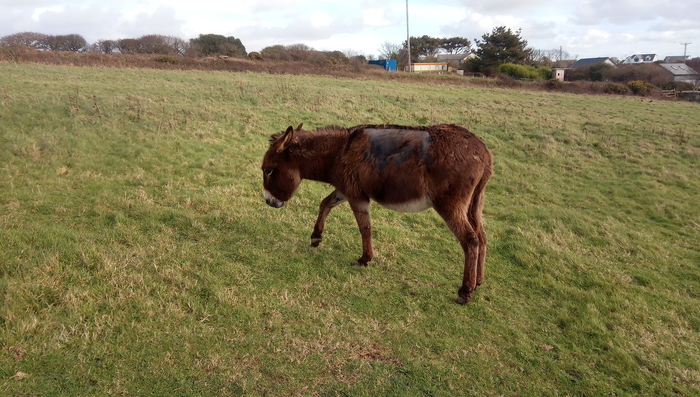 Lily at time of rescue - The Donkey Sanctuary

On arrival at the address, Donkey Welfare Adviser Jenna Goldby was shocked to see the condition of their overgrown hooves, and it was clear that both donkeys were in need of urgent veterinary attention.

Lily also had a significant amount of hair loss across her back, while the length of her overgrown feet caused her to walk abnormally.

Jenna Goldby, Donkey Welfare Adviser from The Donkey Sanctuary said: “It was clear from the way Lily was standing that she was in discomfort. She needed farrier attention to remove the overgrown hoof and allow her legs to straighten.”

Although Amy’s hooves looked less severe than Lily’s, her behaviour caused more concern for the Donkey Welfare Adviser. The donkey was displaying tension and pain, and was constantly shifting her weight from one foot to the other.

Jenna Goldby continued: “Even when she was stood still, Amy’s stance indicated the discomfort she was in. She stood with her back arched, head down and tail tucked tightly in. It was heartbreaking to witness how every step was so painful for her.”

A vet was called to administer pain relief before the pair made the short journey to Penmellyn Vet Hospital, where they received expert veterinary care. Here the two donkeys stayed for a week until they were stable enough to be taken to The Donkey Sanctuary’s international headquarters in Sidmouth, Devon.

As Lily’s health continued to improve, thirteen-year-old Amy’s condition caused serious concerns. Despite best efforts, she was still in pain due to the extent of the damage that had occurred internally within her hooves.

Jenna Goldby, Donkey Welfare Adviser explained: “Unfortunately, the X-rays of Amy’s hooves showed permanent and considerable damage to the bones within the hooves. Despite the veterinary team’s tireless efforts to alleviate her discomfort, she continued to display signs of pain and it was decided that the kindest option was to put her to sleep.”

Donkeys form very close bonds and can easily become stressed when left alone. After losing Amy, Lily was at risk of developing hyperlipaemia – a potentially fatal stress-related condition that can be brought on due to the loss of a companion, so she was quickly found a suitable group of donkeys to settle in with. 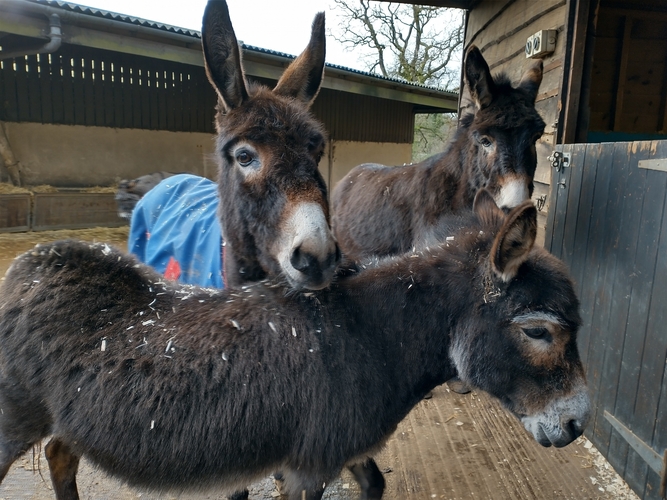 Almost a year on, Lily is thriving with her companions at The Donkey Sanctuary. She has settled in well and has bonded with a miniature donkey named Faith.

Farm Supervisor, Liza Macmaster said: “Lily and Faith bonded quickly. They follow each other around a lot, and if one has disappeared for a few minutes, they will find each other and pair up again.

“Lily really likes attention and fuss. When we are mucking out the stables, she will stand next to our grooms and is delighted to receive some affection.”

Due to the original condition of her feet, it is unlikely that Lily will be eligible for rehoming. However, she now has a safe loving home for the rest of her life at the sanctuary.