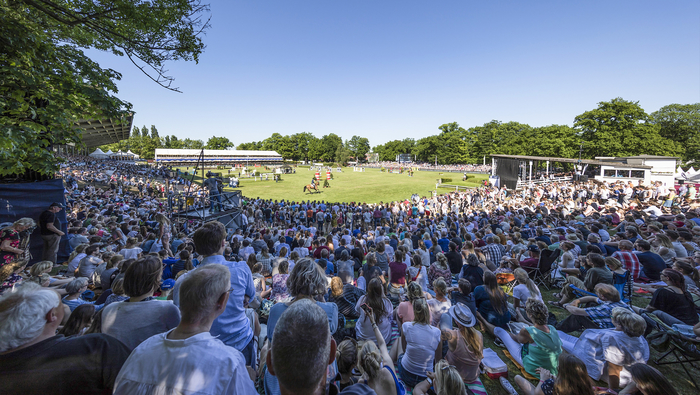 Show jumping’s heavyweights will be homing in on Hamburg for the sixth round of action on the 2019 Longines Global Champions Tour season calendar. With the first of two German stops on the global circuit, the event marks the move into the second quarter of the series with the Championship unfolding in a dramatic and thrilling way.

Current LGCT Ranking leader Pieter Devos (BEL) will be back with a vengeance, and hoping to capitalise on his five point lead over second place man Daniel Deusser (GER) who will be expecting a boost from his home crowd. Devos however has a history of performing well in Hamburg, last year helping his GCL team - St Tropez Pirates - take the win after an impressive double clear over two days. With clear intent, Devos brings two of his top horses to Hamburg, Claire Z and Apart - both capable of winning a LGCT Grand Prix and GCL competition with ease.

Previous years have witnessed home hero and legend of the sport Ludger Beerbaum (GER) ride a stunning LGCT Grand Prix of Hamburg win to claim the gold in front of ecstatic crowds, as well as former World Number 1 Harrie Smolders (NED) who will be looking to defend his title here. Both will be ones to watch this weekend.

Local fans will be treated to an exceptional line up of home heroes, with the biggest German names in show jumping queuing up to compete at the show this week. With names such as Christian Ahlmann (GER), Marcus Ehning (GER), Ludger Beerbaum (GER), Daniel Deusser (GER), Marco Kutscher (GER), Philipp Weishaupt (GER), Hans-Dieter Dreher (GER), Laura Klaphake (GER) and Maurice Tebbel (GER) all spread across numerous GCL teams, there will be plenty for the packed crowds to cheer about over the course of the competition.

Hamburg, Germany’s biggest port city and its ‘gateway to the world’ will host another stunning round of action on the Longines Global Champions Tour from 29th May -1st June. Hamburg is a hugely popular venue which attracted over 90 thousand people to its vast show ground in 2018 due to the world-class show jumping on offer.

At the Derby-Park Klein Flottbeck, families can enjoy picnics in the countryside setting where the German Jumping and Dressage Derby has been held for decades. Or visitors can take a trip into the city to enjoy a whole host of activities from sight-seeing to fine dining, music to museums. The first of the circuit's two events in Germany, Hamburg was the host of the prestigious stallion Casall ASK's retirement in 2017, made uber special with his exceptional Longines Global Champions Tour Grand Prix win.

With the level of competition and excitement building year on year, this stop on the LGCT circuit will be a thriller!