Home > News & Stories > Snakebites what to do if you get bitten.

Snakebites what to do if you get bitten.

Australia houses some of the most venomous snakes in the world, so being on top of awareness and safety is paramount. Some of the most common snakes Australians will come across are: Taipans, Brown snakes, Tiger snakes, Death Adders, Black snakes, Copperhead snakes, Rough Scaled snakes, as well as some sea snakes. 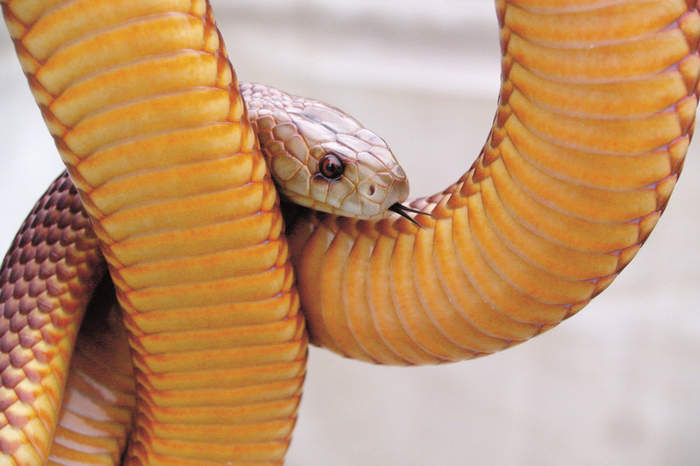 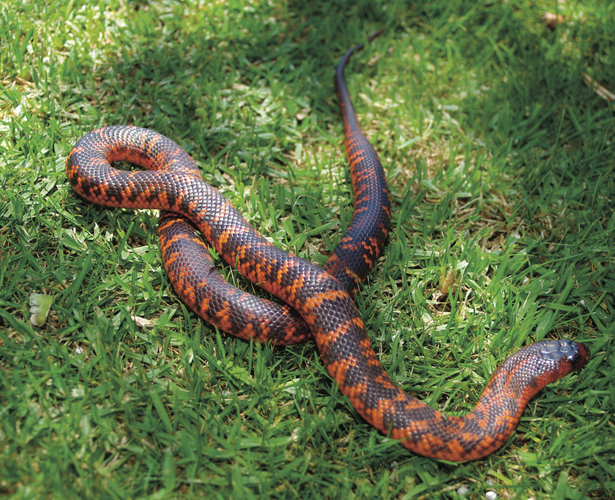 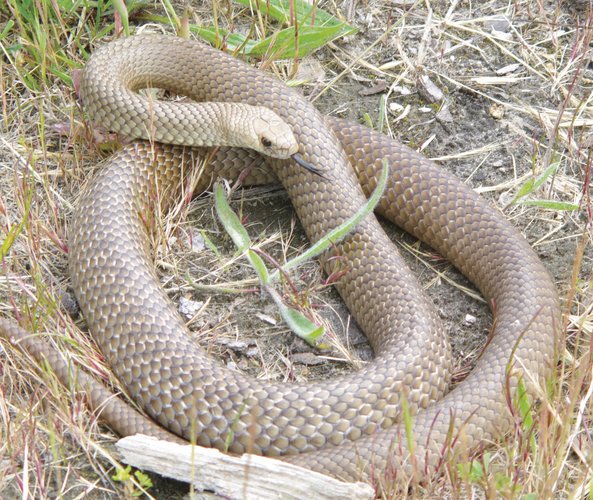 When it comes to snakebites and first aid there are a few things to know for humans and for animals.

It can be difficult to know if a bite from a snake is dangerous or not.

All snakebites must be treated as potentially life-threatening. If you are bitten by a snake, call triple zero (000) for an ambulance.

There are two different types of bites for snakes. A dry bite and a venomous bite.

A dry bite is when the snake strikes or bites but no venom is injected. These are normally warning bites and an act of defence. An adult snake has control over whether they want to envenomate or not.

Because you can’t tell if a snake’s bite is dry, always assume that you have been injected with venom, and manage the bite as a medical emergency.

Identification of venomous snakes can be made from venom present on clothing or the skin using a so-called ‘venom detection’ kit. Because of this, do not wash or suck the bite or discard clothing.

Also, DO NOT kill the snake and take it in for identification when you go to the hospital. It is not necessary. 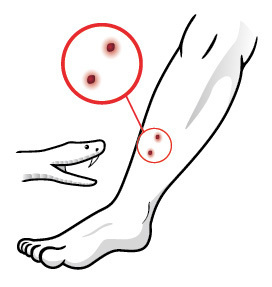 First aid for snakebites involves the following:
A pressure bandage is the best bandage for anyone bitten by a venomous snake. Using these involves firmly bandaging the area of the body involved, such as the arm or leg, and keeping the person as calm as possible and still until medical help arrives.

Then use a heavy crepe or elasticised roller bandage to immobilise the whole limb. Start just above the fingers or toes of the bitten limb, and move upwards on the limb as far as you can on the body. Splint the limb including joints on either side of the bite.

Snakebites for animals can be a bit tricky because we don’t always see the bite happen. If you notice an odd behaviour from your pet, whether it be a dog, cat, horse or any animal, it’s advised to call a vet immediately.
The most important thing is to remember that snakes exist and that they have been here for a long time. Be aware of your surroundings on trail rides or around the stables. If out and about on bush walks, trail rides or other areas with high snake risk, it is suggested to carry a couple of pressure bandages. Not only could these be used for snakebite, but also can be used for sprained or broken limbs or for other injuries. And if you’re going somewhere by yourself, let someone know or take a phone or radio that you can use to communicate with in case you get in trouble. 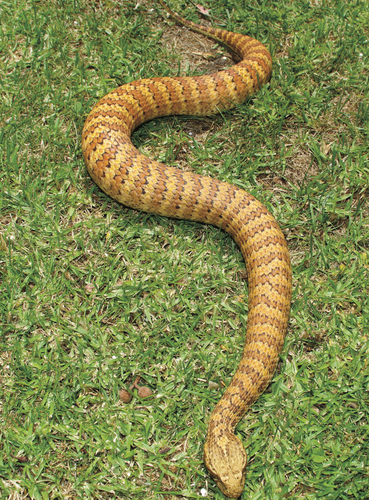 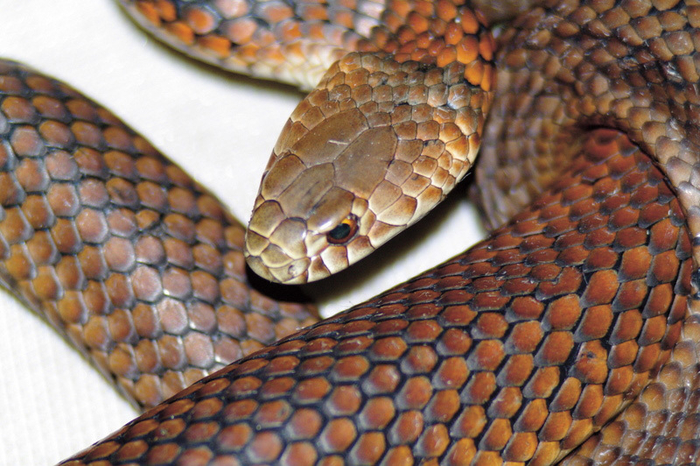 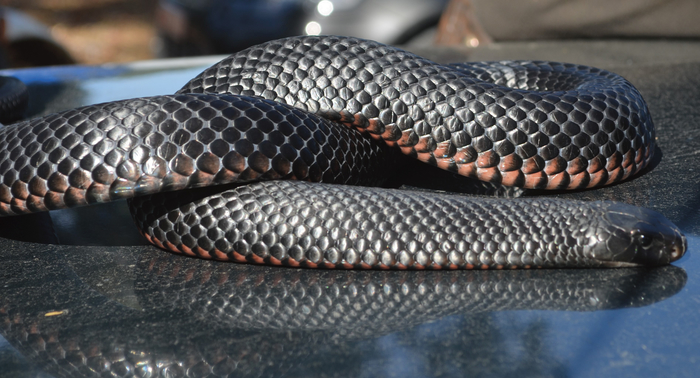 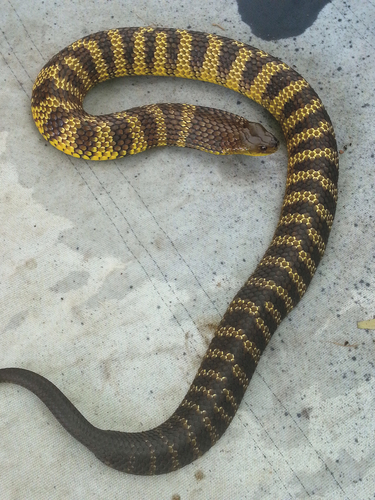