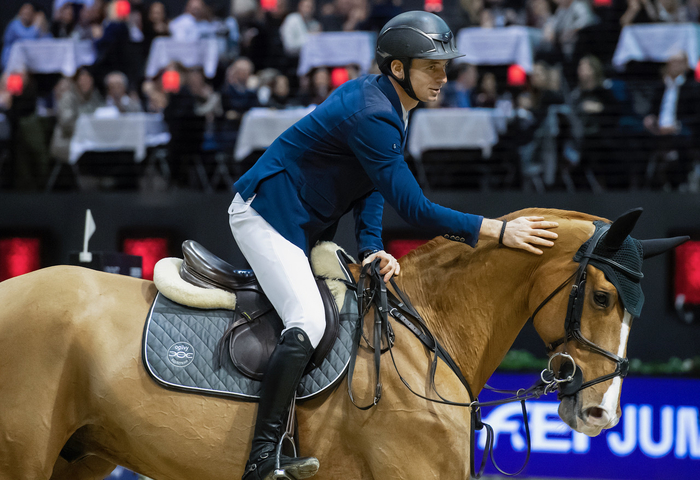 It is with a horse born near Bordeaux, Victorio des Frotards, that the world n ° 1 will try to win on Saturday evening a World Cup Grand Prix which has so far slipped from his grasp and which he wishes to add to his record.

The Swiss had been world leader for the first time in November 2012, then again in January 2019, a status he retained throughout the year before he lost it last January to his countryman and friend, the young Martin Fuchs. But this break will have been very short since the Swiss king has just regained his throne and returns to Bordeaux with his crown. A leadership he deserves not only on the sporting level, but also on a moral level, as this charismatic rider is the most fervent defender of the purity of this sport. An example? As the title holder, he is automatically qualified for the World Cup final which will take place mid-April in Las Vegas therefore he does not need qualification points. However, he wanted, as he does every year, to come to the Jumping International de Bordeaux because it is a competition whose values ​​are in line with his.
The Longines FEI Jumping World Cup is a competition that the 2012 Olympic Champion has always favoured. He is part of the very exclusive club of five riders to have won the final three times (with Hugo Simon, Rodrigo Pessoa, Marcus Ehning and Meredith Michaels-Beerbaum). For him, the vision of his sport is above all a competition with meaning, like this World Cup, where riders deserve their place in front of a large audience: Bordeaux, with its 7,500 seats is the biggest indoor showjumping in France. So that is what he looks for in Bordeaux, even without needing to earn points to go to Las Vegas: "It would take a lot of bad circumstances for me not to come to Bordeaux. It’s really a show that I want to participate in every year. I particularly love the fact that the World Cup class is on Saturday evening, it's really a special atmosphere, the arena is always full”...

If Rodrigo Pessoa and Marcus Ehning have already won the World Cup in Bordeaux, the Swiss is still chasing after this victory. This year, it seems he is giving himself all the means by riding one of his best horses of the moment, a Selle Français born in the region of Bordeaux: the solid chestnut Victorio des Frotards. With this horse, Steve Guerdat will be almost in front of his audience to finally win this leg. The 11-year-old gelding has recently demonstrated that he has the capacity to do so as he just won the World Cup leg in Basel thus bringing his rider to the top of the Western European League ranking. Again, a position Guerdat seems to want to hold although it brings him no money, no qualification or advantage for the final where all the counters will be reset ... in short, he wants a result for the honour and the beauty of the sport, which says a lot about the spirit of this exceptional rider. The Bordeaux public is lucky!
(Longines FEI World Cup, Saturday at 8:30 p.m.)