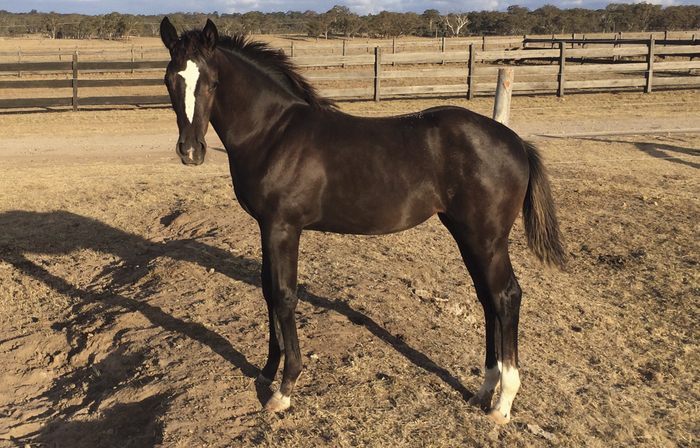 This delightful filly has captured the hearts of many adoring fans since her success at Canberra Royal, followed by the ASH Nationals and the Horse Deals Team were certainly amongst those fans and keen to find out all about her…

Zo looked so cool, calm and collected in the ring at Canberra, is she naturally easygoing like this or were you constantly having to reassure her?
She’s generally easygoing, she likes to go out and do her job. Sometimes she can be too casual and I need something to make her lift and perform.

It’s a surprise to discover Zo is Warmblood x Stock Horse, what were your thoughts behind this decision to cross the breeds?
It is a bit of a long story but Zo’s grandmother on the dam side is actually a Stock Horse Warmblood cross as well. Nicole was into dressage at the time and decided to cross her with Riverside (imp), the resulting foal was Miss America. Due to complications as a foal America was never able to be broken in and we decided to see what she bred. Nicole had moved from more the dressage into showing and really wanted to breed her next show hunter. We had Stellarpark Rockstar in training at home at the time and decided that his type should cross with America and the result was Zo.

Have you started a trend - Is this cross something that could take off? Would you do it again?
We have heard of a few people experimenting with this cross since Zo has been around. We have had a lot of interest in the cross from hack people to older riders wanting the Stock Horse temperament with the Warmblood looks/movement. We have replicated it again as she has a full brother, Orlando who is a foal and possibly a third on the way. We also have a little Rotspon filly that is around 14.3hh, which we will use to breed from in the future.

Cole, you have had huge success with Stock Horses over the years, what differences are you noticing as far as trainability goes with this cross?
I have noticed she is more balanced at an earlier age and she has found her flat work easy from the start. Once she has learnt something she doesn’t forget and becomes quite solid. She has so much power and core strength, which enables her to do most things without much effort.

You plan to start her in the campdraft arena soon, what ability is she showing for stock work?
I am not going to set her to do a lot of drafting but I have started her. So far she loves it and has taken to it quite naturally. 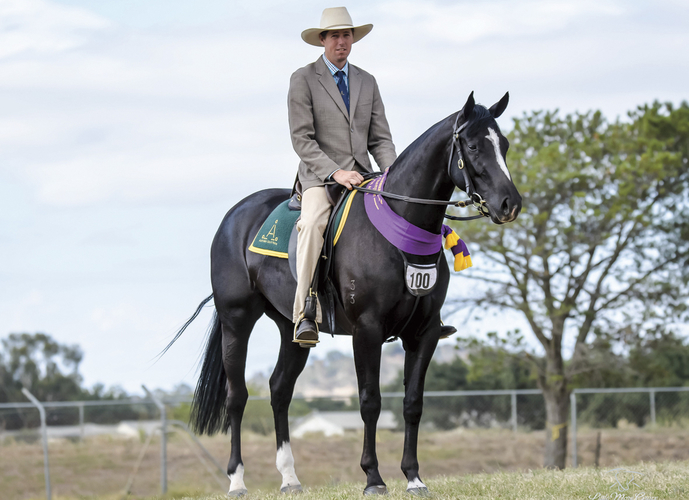 Where do you see her greatest potential?
Zo was bred purely with the open hunter ring in mind so hopefully she will be a top show hunter for Nicole.

Tell us about some of her traits and antics as a foal?
From the beginning she was quite independent and curious. From three weeks of age she had to have her own feed bin next to her mothers because she would try and push her mother out. She also loved stalking things, especially the fluffy cat we had called ‘Hunter’.

What has she been like to handle and train growing up?
Zo has never realised how big she is unfortunately. It probably didn’t help that her friend, once she was weaned, was a Welsh A weanling. She can get quite pushy on the ground if she is intent on investigating something. From the start she seemed like she had been here before and was easy to do anything with. Even when I went to break her in she never saw a round yard, I just got on and rode her.

Most annoying habits or quirks?
Her curiosity and lack of self-preservation. If she wants to investigate something she is off and doesn’t care what is in her way. Another annoying habit is her cleanliness. She hates any poo in her yard and tries to deposit it in her neighbours yard. Also any bucket or feed bin left in her yard she will use as a toilet.

Strongest personality trait?
How laid back and casual she is.

Weekly training regime?
She gets about 4/5 days a week work. She generally gets a couple of days a week flat work and one day a week stepping her up with turns, stops or lately time trial obstacles. The other days we are usually away at a competition. We do like to vary what she does, taking her to clinics or youth camps.

What is the first thing on your shopping list for her?
According to Nicole anything and everything, her excuse for buying most things is that Zo needs it. I do know that Nicole has recently ordered her a new patent show bridle.

What celebrity does she remind you of and why?
We have always joked she is like Serena Williams, not only due to her physique but also her athleticism and work ethic. Zo’s focus in the ring is exactly like Serena on the court.

What are your plans for the next 12 months with her?
Zo has Sydney Royal 2017 in the next few weeks then after that Nicole is going to take over riding her a bit more. I think she will aim for the hunter ring by the end of the 2017.

What would you trade her for?
That’s not up to me but I am pretty sure Nicole wouldn’t trade her for anything.

3 things we don’t know about Brandwood Arizona?
1. As much as she loves her food, she won’t eat any treats (carrots,  apples etc.)
2. The one thing she hates is getting black-it painted on her feet.
3. She gets most upset if we leave in the truck without her.

Cole would like to thank Baxter Boots, Toprail Equine and Prydes for their support 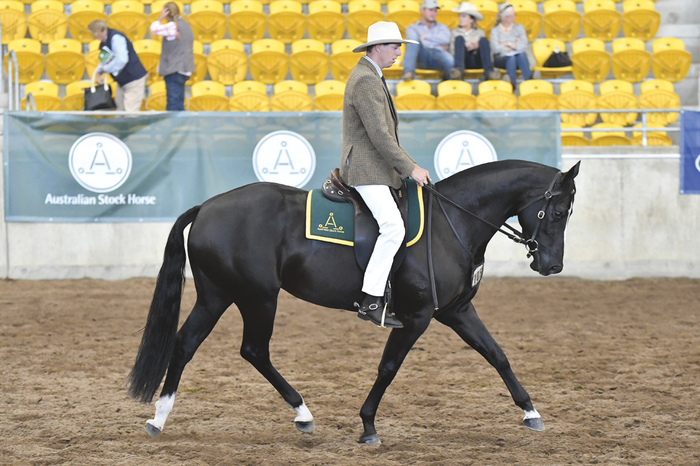