It didn’t matter where you were in Australia, if there was showjumping involved, you would likely meet John. Horses were his passion, and in particular showjumping.

John was born in Horsham Victoria and grew up at a time when riding 30 kilometres there and back to go for a swim was nothing out of the ordinary. He joined the Horsham Pony Club when he was 12 and became fascinated with the handsome greys of the South Australian Mounted Police. At 21 he went to Adelaide and joined the force and two years later he was aboard one of the celebrated greys.

John left the Mounties, but not the force and was posted to Mount Gambier in South Australia. 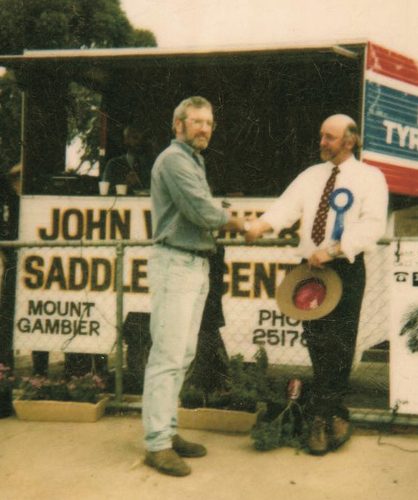 John was very hands-on. He improved the ground, built the jumps, designed the courses, and no doubt judged as well. He created a world-class showjumping facility in South Eastern South Australia. But his influence was felt far and wide, as an international course designer, he officiated at shows, large and small from Sydney to Perth and Adelaide to Darwin. John also acted for a time as an Australian International Showjumping Team selector. In 2004 he was delighted to bring the Australian Showjumping Championships to the Mount Gambier Veledrome that has seen MGSJC competition for the past 38 years. An entrepreneur of some renown, John built show jumps and from frequent trips overseas he brought back the latest design ideas and technology, both of which were in demand amongst the Australian jumping and riding enthusiasts. John was selected as one of the assistant course designers at the Atlanta Games in 1996 and was responsible for building the final fence which is traditionally decorated in the theme of the following Games; in this case Sydney 2000.

As a businessman John, along with wife and regular travelling companion Roseanne, established the very successful, John Wilsher Saddlery in Mount Gambier. It was a thriving business for 30 years. During this time John joined Rotary and was a Rotarian for 15 years. He was a past President of the Rotary Club of Mt Gambier West and was a Rotarian Paul Harris Fellow. 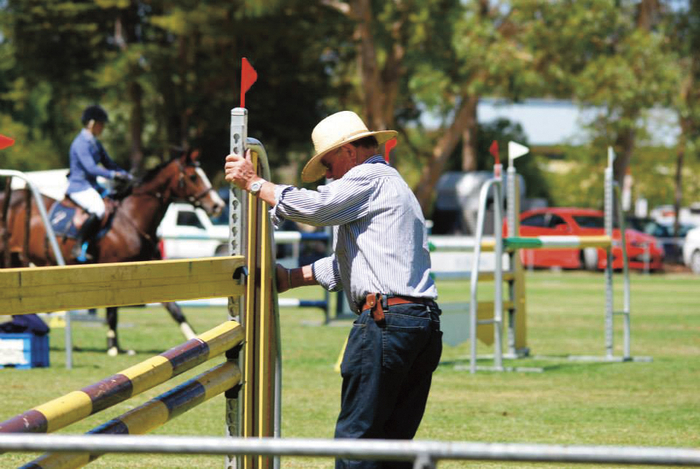 “John was a very successful businessman and a great innovator,” says long-time friend, Dr Denis Goulding. “His passion was showjumping and he was a great Rotarian. Whatever he did was successful, and even the Australian Championships in 2004 were a huge financial success.”

In 2014 John and Roseanne moved to near Byron Bay in NSW to be near family. But even in retirement, John was active in the sport he loved and initiated the Tweed and District Showjumping Club, where again, he established a first-class ground, with first-class equipment.
John was very well known in the national and international showjumping world and as a Rotarian. Many have benefited from his work and his legacy will ensure that many more do as well. Thanks John. 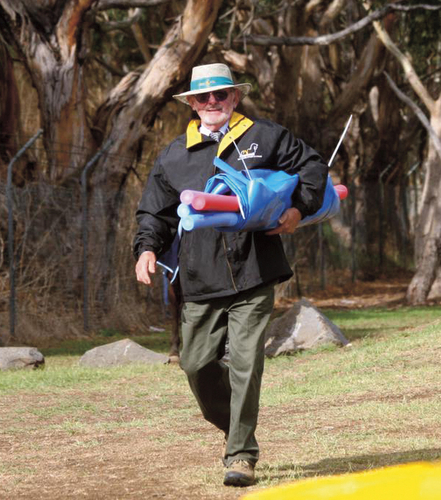