Pressure to qualify for 2019 Tom Quilty in Imbil this weekend

Excitement is building with over 100 endurance riders from as far afield as Holbrook, NSW taking on the tracks at Stirling’s Crossing Equestrian Complex this weekend for a number of rides, including a much-anticipated 160km ride heading into the Imbil State Forest at midnight on Saturday 4 May.

This ride ― which will be tackled by riders as young as 13 right up to 73 years of age ― is the last opportunity in Queensland for riders to qualify for this year’s prestigious Tom Quilty Gold Cup, which will be hosted at Stirling’s Crossing Equestrian Complex for the first time in July.

Event host and owner of Stirling’s Crossing Equestrian Complex, Matthew Sample said wet conditions wouldn’t keep people away this weekend with a few still needing to qualify and others wanting a last opportunity to gain experience on some of the tracks which will form part of the national ride in July. 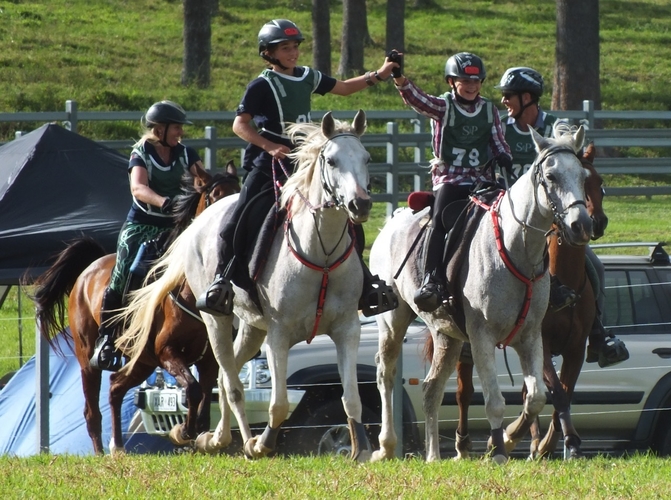 “It is every endurance rider’s aim to complete a Tom Quilty Gold Cup ride so for those hoping to compete in 2019 who haven’t qualified yet, time is running out ― there will be a great deal of commitment, determination and passion on display,” Mr Sample said.

“There’s a reason why our motto in endurance riding is ‘to complete is to win’. It will take some competitors the full 24 hours to get over the line and even the one who gets to hold up the gold cup at the end, will spend at least ten hours in the saddle to do so.”

“The energy when riders set off at midnight is incredible and the excitement between horse and rider is electric. Both know what lies ahead and the partnership that exists when you ride together into the pitch dark with 160km of track ahead is extraordinary.”

“This event will also give us the opportunity to test and plan ahead of the Tom Quilty in July. The level of interest has been higher than expected and we want to be sure that every rider, support person and spectator has a great experience.”

President of the Stirling’s Crossing Endurance Club Kim Moir said she was delighted with the strong junior field attending the events over the weekend.

“At Stirling’s we have a very strong commitment to growing the sport of endurance so recruiting juniors is a major priority for us,” Ms Moir said. 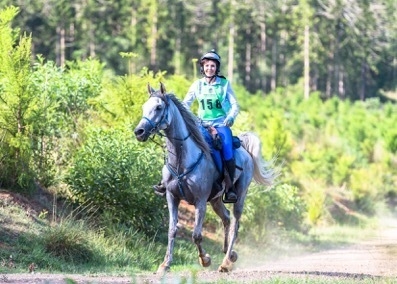 Meleita Dart from Clagiraba on Cameo Rhodezia, she is competing in the 120km this weekend, she has already qualified for the 2019 Tom Quilty Gold Cup (credit Sarah Sullivan)

“We already have a number of 12-year-olds who have qualified for the Tom Quilty and there are several more coming this weekend with the aim to complete their first 160km so they can participate in July.”

“Indications are that this year’s Tom Quilty could have the highest number of junior riders in the history of the event. The highest percentage of juniors to compete in a Tom Quilty in its 53-year history was 14.7 per cent in 2012 with 17 of the 115 field being juniors. The highest number of junior entries has been 25 at the 2013 Tom Quilty in Kilkivan which was 10 per cent of the field.
“We hope to exceed that this year and will continue to encourage kids and beginners to participate in this family friendly sport.”
“We also have 69-year-old Alex Moir who has come all the way from Scotland and is still hoping to qualify for the Tom Quilty in the 160km ride. It’s certainly a sport for all ages and we have many families where several generations have participated. Of course, for all, the Tom Quilty Gold Cup is the ultimate ride to participate in and complete.”
Nominations to date have the oldest rider taking to the tracks this weekend as Peter Holmes, aged 73, who will travel from Lanefield to participate. Mr Holmes has already qualified for the Tom Quilty but will support another rider who is riding one of his horses and hoping to qualify.

This weekend’s event also includes a 40km and 80km and the annual Stirling’s Classic 120km ride as well as the official launch of the 2019 Tom Quilty Gold Cup on Saturday evening at 5.30pm.

Stirling’s Crossing Equestrian Complex is Australia’s only purpose-built endurance facility and the Tom Quilty is expected to attract the biggest number of riders in the history of the event with over 350 riders and their crews bringing around 2,000 people to the small country town.

This weekend’s event is open to the public. To find out more please visit the website of the Stirling’s Crossing Endurance Club www.stirlingscrossingendurance.asn.au.