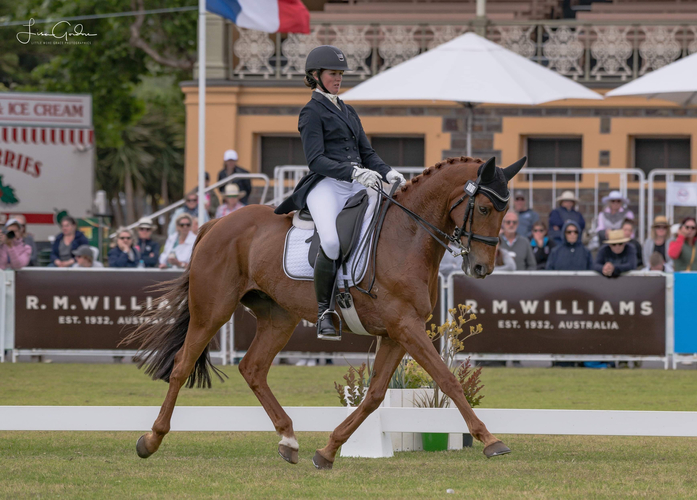 Hazel Shannon is the first rider ever to win the Adelaide 3-Day, Australia’s premier eventing competition, for the third time. This makes Hazel and Willinga Park Clifford the fifth horse and rider in the world to have ever won the same eventing competition three times. They are the first pair ever from the Southern Hemisphere to join this elite group.

We have been proud to have Hazel as part of our team since 2016 when her horse Clifford was under threat of being sold overseas. Terry Snow of Willinga Park stepped in to buy Clifford to ensure Hazel could continue their amazing partnership and keep this Australian-bred, winning horse, competing for Australia.

“Buying Clifford was absolutely the right thing to do,” says Terry Snow of Willinga Park. “Hazel is dedicated and hardworking and has shown that she has the making of an Olympian. Pair that with the soundness, tenacity and reliability of this Australian-bred thoroughbred and they are the making of an Olympic combination.”

Clifford has always been an extremely brave cross-country horse and a competent showjumper, but it’s the dressage phase where we have seen his greatest improvement. On Friday, Clifford put his best score on the board to date in dressage, a 69.29%. This converted to 30.70 penalty points. Couple that with a clear and under-time cross country round, on a testing 5-star course designed by Mike Etherington-Smith, and a competent and a carefully-executed showjumping round, and this gave her a 7.2 penalty win over the second-place horse and rider, Olympian Stuart Tinney.

“This is a great next step for Hazel and Clifford’s Tokyo dream. We believe she should be on the team representing Australia at the Tokyo 2020 Olympics,” says Mr Snow.