Willinga Park is now the new home to European Championship gold medalist Cooley SRS who will be ridden by Olympic hopeful, Hazel Shannon as she tries to make the Australian Olympic eventing team heading to Tokyo in 2020.

Ms Shannon and WillingaPark Clifford took first place at the Australian International CCI4* three-day event, to become the first-ever combination to win the prestigious event twice. Hazel has now added one of the leading horses in Europe to her stable, the famous Cooley SRS, now known as WillingaPark Cooley. This horse came second in the world prestige Badminton 4* event this year and is one of the leading horses in the world. The 11-year-old Irish Sport horse also was part of the European gold medal-winning team at Strzegom in 2017.

“Australia’s next great generation of strong equestrians is here, and I am proud to sponsor Hazel in her journey toward Tokyo,” says Terry Snow, of Willinga Park. “Our future Olympians need support and time to establish partnership with these horses to compete internationally, elevate their performance and win for our country.”

Mr Snow is also supporting Olympic hopeful Brett Parbery, who trains horses at Willinga Park and hopes to represent Australia at Tokyo in Dressage. He says he is optimistic about where Australia is going. 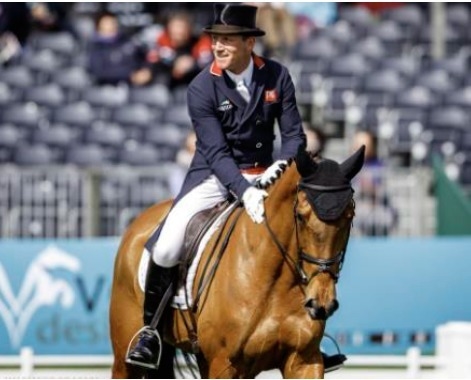 “The athletes are enthusiastic and putting in the hard work. They need support now because without long-term development of the combination of rider and horse, the results will not come,” says Mr Snow. “Hazel’s partnership with WillingaPark Clifford has strengthened over three years and they have demonstrated this in spades by winning two out of three 4* events. We believe with time to develop and WillingaPark Cooley record in Europe, Hazel will build another winning partnership, giving her further opportunity to compete on the international stage beyond 2020.”

Willinga Park is a world-class equestrian centre set on 41 Hectares of the NSW South Coast.

Combining stunning architecture, sculptures, and a native botanical garden, it houses the latest in equine technology, has been home to numerous equine sporting events, and has been used as a film set and for photo shoots. Its facilities include luxury stables, commercial cattle stud facilities and extensive facilities for the agistment and training of horses. Willinga Park also has Hereford cattle with some of the best breeding in the country. Each year, Willinga Park hosts several community-wide events and premier equine sporting competitions across dressage, showjumping and campdrafting. Willinga Park fully supports Australia’s athletes across equestrian disciplines and aims to fully support future Australian Olympians.