The ponies that set the top riders up for life

Alexandra Toft & Topsy
Now a successful young Endurance rider, Alexandra first started riding when she was three years old. Her pony was a Shetland mare, named Topsy.
“Topsy taught me that it’s best not to fall off, I learnt how trot and the fast up-downs of the Shetland prepared me for riding bigger horses. Topsy had a big personality, she was like a person, you could always tell what she was thinking and she would quickly tell you if she didn’t want to do something.” 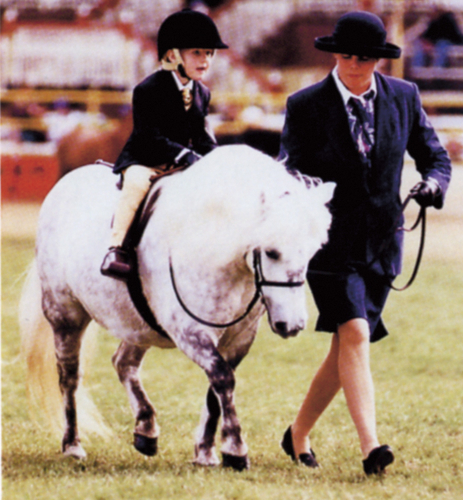 Sonja Johnson & Cactus
Champion eventing rider and Olympic Silver medalist, Sonja Johnson has had a very decorated career in the eventing arena. Her love for horses started from when she could walk. She is pictured here with her first pony, Cactus, a 20 year old chestnut mare.
“Cactus taught me to have fun and be safe, she just carted me around everywhere. Most people have a bicycle, but Cactus was my means of transport. I used to chase the cattle with mum, she would ride her TB and Cactus and I would plod along at the back of the herd and bring the mob in. She was the perfect beginners pony that looked after me, she didn’t have a dirty bone in her body.” 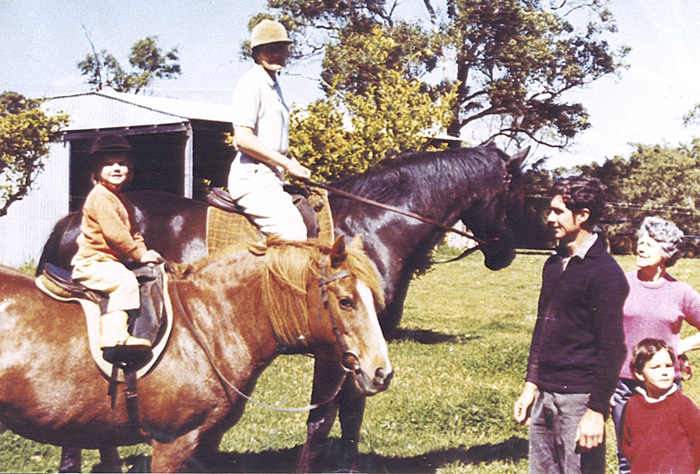 Tim Clarke & Gussy
It seems Champion Showjumper Tim Clarke, has always had a thing for greys... this is his first pony Gussy. Tim competed at his first show when he was 20 months old. And look at the smile on his face in this photo as a four year old, clearly loving his jumping at that early age.
“Gussy was also broken in to harness and mum would load him up with a picnic lunch and fishing rods and head 3kms down to the creek, where Gussy would get tied to the fence for a few hours, before driving home again.
“He was a great pony, never dirty and would try his heart out for me, he taught me so much.” 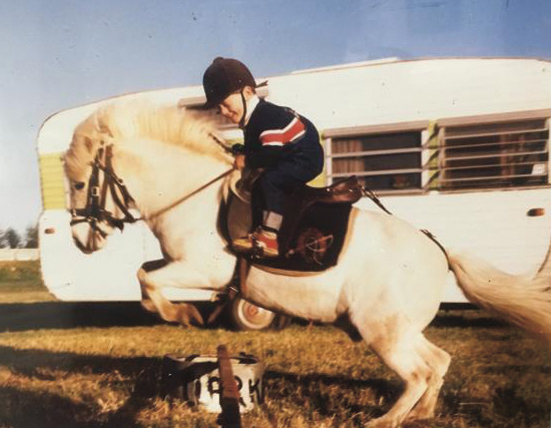 Geoff Wallen & Bimbo
Champion campdrafter and allround horseman Geoff Wallen spent the majority of his days in the saddle as a child, usually riding four horses before school and four after. Four year old Geoff is pictured on Bimbo who was around about 20 at the time. Although Geoff had been riding for a while by this time, it was Bimbo that taught him to canter and got him used to riding horses with a bigger stride.
“It wasn’t until I got older that I realised how important Bimbo was to my riding career. He was an absolute gentleman, always so honest and would look after his riders, no matter what level they were at.” 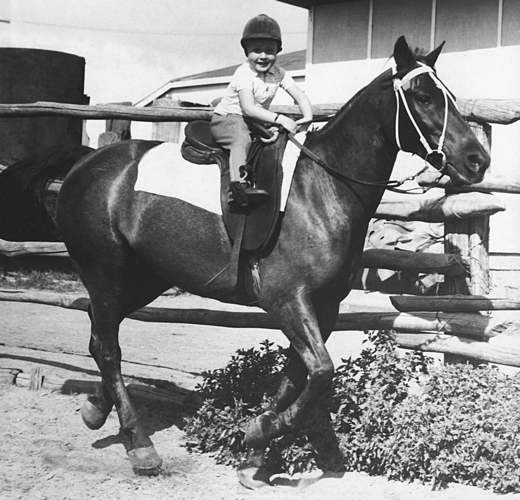 Emily Anker & Domino
You could say Emily Anker has travelled the world on the wings of a successful eventing career. Pictured here as a four year old, riding Domino, who was also about the same age, the pair spent the next three years learning the ropes.
“Domino was stubborn, but genuine in his attitude, he was never evil, he just always looked after me. My problem was that I tried to overjump him, which made me feel he wasn’t the greatest jumper.
“He had a very cheeky habit of stealing lunches whenever we went on family picnics, he loved the sandwiches.“ 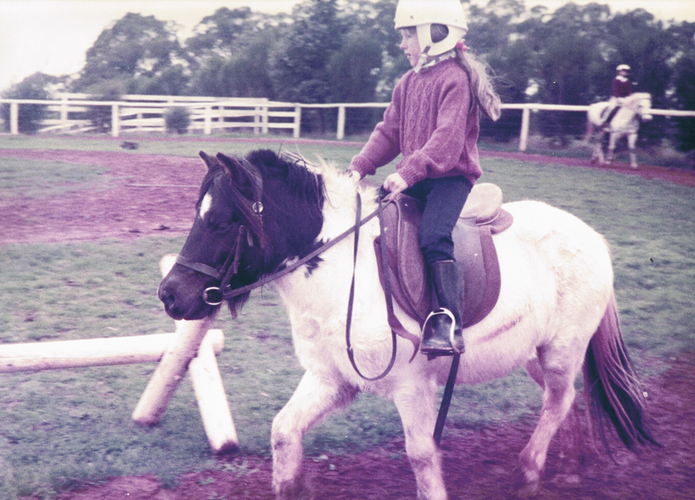 Rebecca Farrow & Jamie
Champion show rider and Garryowen winner Rebecca Farrow has been at the top of her game for many years and this is where it all started. This was her very first show, she was six years old. Her pony Jamie was an eight year old Welsh Mountain Pony.
“Jamie was a super allrounder and I learnt all disciplines on him. We especially had fun doing cross-country. Although he was well schooled and experienced, he had a big personality and had a bit of go in him, which made riding all the more fun and interesting. You really had to ride him or he would try to pull a few cheeky moves of his own. I think he taught me that you need to be the leader and not let your pony get his own way too many times or you’ll get yourself in to trouble!
“He was a funny character who continually challenged me as a young rider with his cheeky attitude. My favourite story is when my sister, Katrina, told me to get off him because he was being naughty on the cross-country course at Tooradin, so she could get on and sort him out. Jamie bucked Katrina off and then I got back on him and off we continued around the course!” 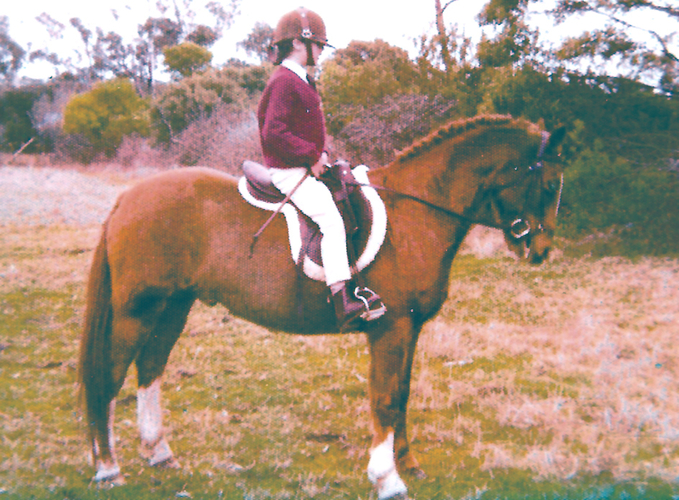 Jessie Freeman & Middy
As a successful full time professional western pleasure/allround performance trainer, horses have taken 24 year old, Jessie Freeman around the world many times.
“My first pony was 19 year old ‘Deldrac Midnight Gambler’ aka Middy. He was a bay Welsh B gelding who had belonged to the Fridd family from Waikerie, South Australia. I owned him for two years.
“I started showing in the unofficial hack rings and he was a great confidence builder, I had lots of fun with him. He became an excellent rider class mount in open classes and took me to many champion rider wins. He started my love of showing. He really was a dream first horse.” 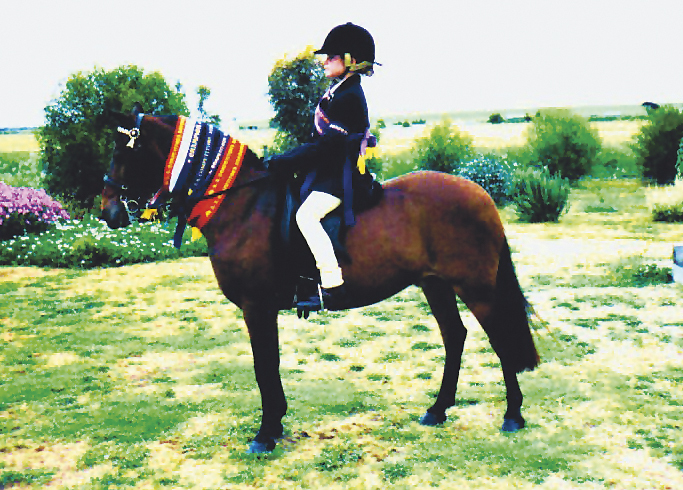 Natalie Blundell & Flicker
Natalie Blundell is an International 4-Star event rider and has competed at some of the biggest 3 day events in the world and obviously her love of horses all started with a Shetland pony named Flicker.
“Flicker probably wasn’t too old when I had him as he went on to live over 30 years.
“He was very clever, whilst I used to mostly boss him enough to get him to do what I wanted, he would still make me work for it, including stopping at hay bales to eat, rather than jump. But we won so many ribbons together, the most memorable was winning champion rider at Galong Pony Club when I was around six against all the older kids. I was very chuffed that day!” 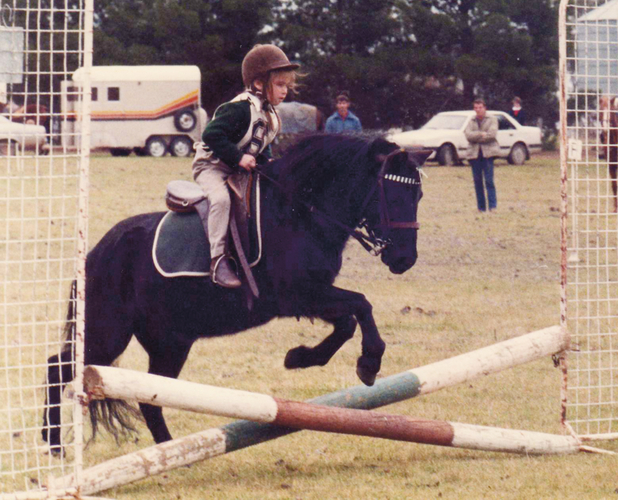 1984, a 5yo Natalie Blundell on "Flicker", he made it over this jump then stopped at the next and ate hay bales much to Nat's devastation!