From the beginning to the end!

For the fourth time (after his 2012, 2016 and 2018 victories, Australia’s Christopher Burton wins CCI 4*L of Saumur Complet, after having dominated the dressage and the cross-country tests and after a course without any fault on show jumping. At the end of the Saumur competitio, his horse Polystar I now fills the qualifying conditions for the Olympic Games in Tokyo. Burton is ahead of two Tricolores: local Jean Lou Bigot, associated with Utrillo du Halage, and Christopher Six, on Totem de Brecey. Respectively second and third at the end of the cross-country test, France's Nicolas Touzaint (on Absolut Gold) and Victor Levecque (on RNH MC Ustinov) downgraded to sixth and fourth place following 8 and 4 penalty points on show jumping. 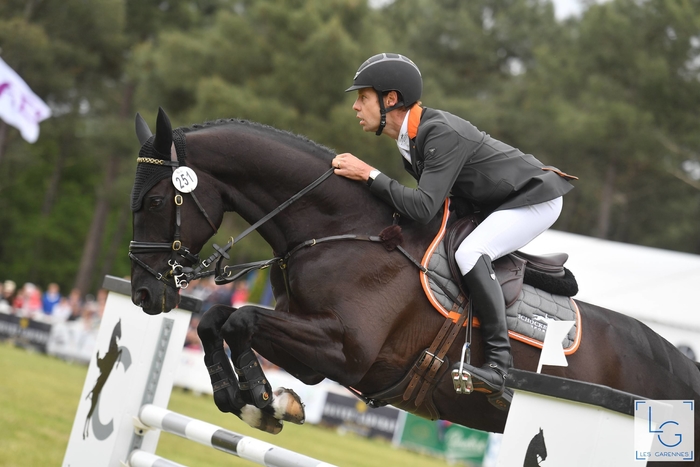 Reaction of Christopher Burton, winner of the CCI 4*L of Saumur Complet 2019
" It's incredible. It's a very special feeling, especially since Saumur is such an endearing site. Whatever may have happened here today, I would have kept exceptional memories of Saumur. I love coming here and when I arrived on Tuesday, I had a large smile on my lips. The horse was exceptional today: I can not believe that I am paid to ride such an extraordinary horse (laughs). He is now qualified for Tokyo, so we have only to think about the direction we want to give to his preparation, and to go on! "

Reaction of Jean Lou Bigot, second of the CCI 4*L of Saumur Complet 2019, best French rider
"The horse was ready, it was an important goal of his season. I was working on his fitness since the beginning of the year for this CCI 4*L. The main quality of this horse is his canter. He knows how to be fast on the cross-country test. His weakest point, which remains to improve, would be the dressage. But it progresses continuously, and I grab points on each competition. I have Utrillo in may stables since he is five, we could have stopped at a time as it was complicated between us, but Nicolas Touzaint gave me valuable advice on training. So, now, we take our time, we will not try to grill the stages ».