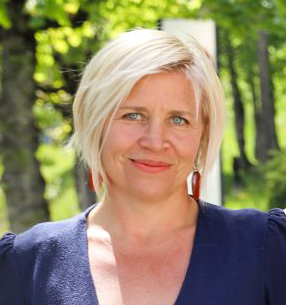 Olivia Robinson (AUS), currently the Senior Manager for Corporate Communications within the FEI, will start in her new role as FEI Communications Director as of 1 June 2021. © FEI

Olivia Robinson (AUS) has been appointed as Communications Director for the Fédération Equestre Internationale (FEI), the global governing body for equestrian sports.

Ms Robinson, 43, a highly experienced Communications specialist, is currently the Senior Manager for Corporate Communications within the FEI. She will take over the reins on 1 June from current FEI Communications Director Grania Willis, who will be retiring after 11 years of dedicated and passionate service. Ms Willis will continue to support the work of the department until 31 December 2021 to ensure an optimal handover.

Since joining the Federation in 2006, Ms Robinson has been integral to the growth and evolution of the International Federation’s communications activities, from the initial development of a fan-facing website to the FEI’s first foray onto social media in 2012.

She was a key player in the FEI’s 2016 Olympic and Paralympic #TwoHearts campaign, which achieved worldwide recognition for its creative storytelling around the human and horse connection. In her previous roles at the FEI, she has worked both in media relations and corporate communications. She has driven promotion of the FEI Sports Forum and FEI Awards and led on the creation of strong and engaging content to promote the values of the equestrian community.

“We are delighted that Olivia Robinson is now moving into the role of Director,” FEI Secretary General Sabrina Ibáñez said.

“Olivia, who has been a key member of staff for 15 years, has played an important role in growing the FEI’s global visibility and has championed the promotion of the grassroots development of the sport. She has been instrumental in raising the profile of the annual FEI Awards and is well known for her important role in stakeholder communications. Her 360 degree view of the equestrian landscape and in-depth understanding of the community make her a natural successor to Grania Willis.”

A talented writer, Olivia Robinson is also fluent in French having spent her formative years in Paris (FRA). Born in the Philippines, she has lived in a number of countries including Italy, Ireland and Bolivia before calling Switzerland home. She studied at Sydney University and has a Masters in Translation (French and Spanish) from Dublin City University.

“I am excited to be embarking on this new chapter in my FEI career,” Olivia Robinson said.

“Our sport has a tremendous heritage but also an extraordinary future, and as we get ready to celebrate the FEI’s centenary, I look forward to working with the team in Lausanne to showcase the sport and the organisation, building on the solid foundations that have been put in place by Grania Willis.”