For Australia’s Billy Raymont and Jamie Kermond, these are very exciting times. The pair claimed the top two places in the FEI World Cup™ Jumping 2017/2018 Australian League and are on their way to the Longines 2018 Final in Paris (FRA) which kicks off on 11 April. Raymont (38) cemented his place at the top of the League table with four wins and a host of strong placings that left him 12 points clear of Kermond (32), whose victory in Melbourne was boosted by another good result in Sydney last December. These are two seasoned veterans with a world of experience behind them and good horses underneath them.

Kermond has spent plenty of time honing his skills on the European circuit in recent years. He was crowned Australian Jumping Champion for the third time last season and began introducing his massive 12-year-old gelding Yandoo Oaks Constellation to the delights of the French capital city when lining out at the CSI5* Saut Hermes in the Grand Palais in Paris last weekend. 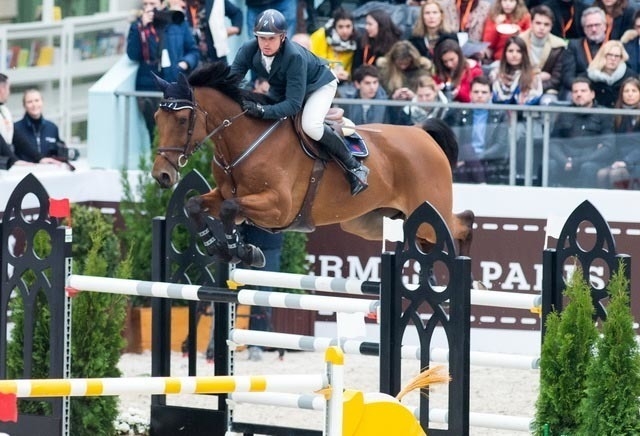 Raymont, also a multiple national champion, was there too with his 13-year-old gelding Oaks Redwood who had just a single fence down in the first round of last Sunday’s super-tough Grand Prix. These two athletes, and their horses, epitomise the essence of the FEI World Cup™ Jumping series as the complete their preparations for the Final of the series that every rider wants to win.

Kermond has been there before, competing at the 2014 Final in Lyon (FRA), but despite his extensive experience this will be a first for Raymont. “Seems crazy to be honest…I probably felt this kind of thing was out of reach these days, but I’m very lucky with the owners. They’re very excited about the horse….and they’re really keen to keep going and seeing what we can do, and for sure I’m the same! I’m really excited to finally get this opportunity. My whole career has been about doing something like this one day!” Raymont said in a recent interview.

Joining the Australians at the Final will be the top three finishers in the 13-leg Arab League, Jordan’s Ibrahim Hani Bisharat, Egypt’s Mohammed Osama El Borai and Saudi Arabia’s Abdulrahman Alrajhi. However New Zealand’s Rose Alfeld and Samantha Morrison won’t be travelling. Alfeld had a great run in the seven-round series that began at Hawkes Bay last October but feels she doesn’t have sufficient experience to tackle the Longines FEI World Cup™ Jumping Final. “I’m not sure it’s my time yet!” said the 22-year-old rider after bagging the title with her home-bred horse, My Super Nova. Keisuke Koike claimed the single qualifying spots in the Japan League but won’t be making the trip to Europe either.

Thailand’s Jaruporn Limpichati won the South East Asia series at the end of a fantastic run with Irregular Choice. The pair posted three wins on the way to their regional Final where they again reigned supreme to earn the coveted qualifying spot. The Central Asian League champion was Uzbekistan’s Nurjon Tuyakbaev, and winner of the Caucasus/Caspian League was Shalva Gacheciladze from Georgia.