It’s an 11-strong field filled with quality that lines up in the POLi Payments FEI World Cup at the Central and Southern Hawke’s Bay Showjumping Champs this week.

There is plenty to chase for the top combinations at the last qualifier of the six-round series that will culminate at the final in Auckland later this month.

Tegan currently tops the leaderboard with a 10-point buffer on Brooke, with Annabel a single point back before a 15 point gap to the fourth placed Melody. 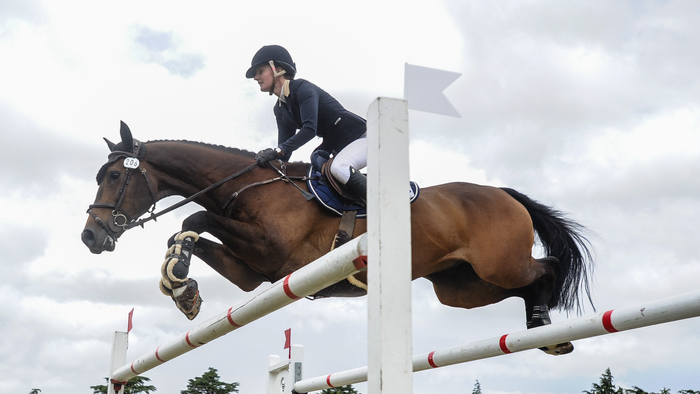 Points this week are crucial as the series heads to the final at the Waitemata World Cup Show at Woodhill Sands in Auckland (January 17) where there will be points-and-a-half on offer and with only the best four rounds to count, drop scores come into play.

But they are all expecting a tough course from South Island designer Roger Laplanche. “This round is always quite big and challenging each season, so it will be a good test to see where the horses are at,” says Tegan, who has bagged top points from three of the four rounds to date. “It’s getting down to the nitty gritty and it’s anyone’s game with the points being quite close.”

It’s also a tough few weeks ahead with the final just seven days later and a decent drive between the two shows. Tegan says it will be key to keep the horses in good shape. “Health is a priority, so they are 100% on form for the final.”

The winner of the New Zealand league usually has the chance to represent the nation at the Longines FEI World Cup Final which is scheduled to be held March 31-April 5, 2021, in Gothenburg Sweden, but with a global pandemic whether it goes ahead or not is uncertain.