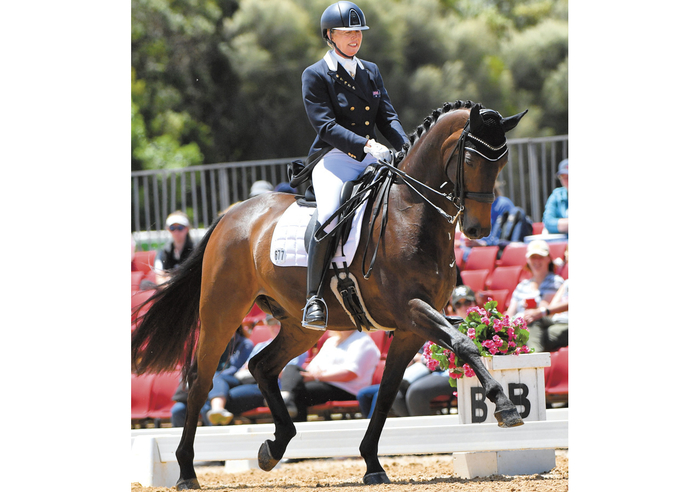 Winners of the FEI Grand Prix Special at the 2017 Boneo Classic, Boogie Woogie 6 and Mary with a score of 71.588%.
Photo: www.derekoleary.com.au

What was your first ride on him like?
I instantly liked him. He was really supple and athletic and we communicated well from the start. He didn’t have a step of piaffe or passage though, and I was a little worried he may not passage well. Funny though that passage is his highlight now.

Is there a story behind his name?
I don’t know the answer to that but it really suits his personality.

Most annoying habit or quirk?
He can be a bit spooky at shows and has been known to bolt home a couple of times. There are a lot of naughty pony traits in him!

Strongest personality trait?
He is very playful and loves to engage with people or other horses. He pokes his tongue out and loves you to grab it.

Preferred work environment?
Inside or out he doesn’t mind, but prefers a peaceful arena.

What is his work ethic like?
He is always ready and willing to work. He never gives up unless he is really tired.

He’s no stranger to the big time, how does he handle the big occasions?
He can be a bit nervous but he hasn’t let me down. Even though he is nervous he tries hard.

Weekly training regime?
We only do serious training four times a week. Otherwise he goes on the water walker two days a week, which he quite likes.

What do you enjoy most about training him?
He has a lot of talent and always gives me a really good feeling. I still feel we can achieve a lot more. 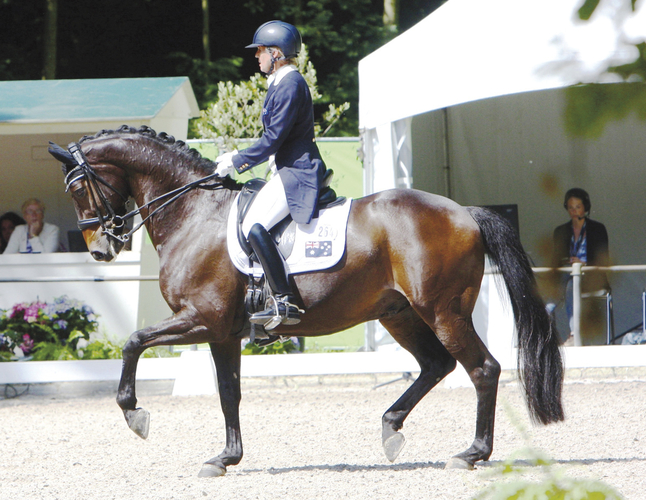 You have now headed back to Europe, what are your plans there?
I need to tidy up my test riding and aim to ride a really clean test with no mistakes. We are going to train with my regular trainer Patrik Kittel, and do some competitions.

He is certainly a frequent flyer, is he a good traveller?
Yes, as long as he is with a friend and familiar people, otherwise he can be a bit insecure.

And does he settle well on arrival?
He knows immediately where he is back at Patrik’s, so he will settle well.

And another Olympics for him?
That would be nice but right now my main aim is to see how far I can go on the European circuit.

What is the first thing on your shopping list for him?
Carrots - he loves them.

What celebrity does he remind you of?
I think he is a bit of a Brad Pitt type of personality. Naughty but nice!

Does he get much downtime during the year?
No, he has to stay fit like all athletes at the top level. His only down time will be during and a bit after quarantine.

What would you trade him for?
Nothing. He is not for sale or trade.

Two things we don’t know about Boogie Woogie?
1. He is quite an insecure character at times.
2. He likes to do tricks such as crossing his legs and nodding his head - he could have been a circus horse!