Home > News & Stories > What are the Real Basics in Training?

What are the Real Basics in Training?

This story is from the Horse Deals August 2019 magazine. 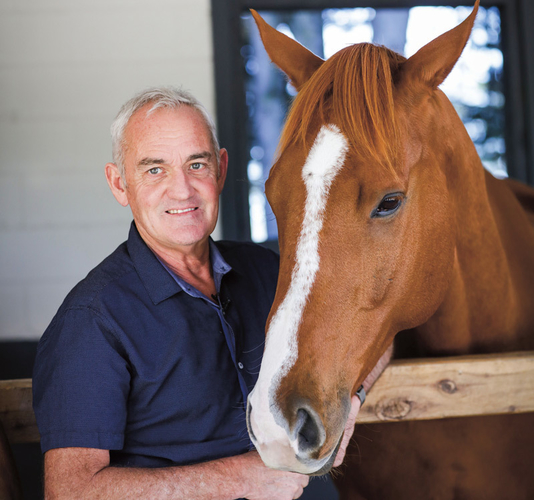 “Not all the problems we encounter with horses are of our own making, but I think we should blame ourselves for a lot of it. Issues that can affect the progress of our training are the horse’s health, as if it is in pain any training is at least compromised and unethical. The horse’s conformation too has a bearing on its ability to perform certain movements and this must be taken into consideration. However, we also have to recognize that some horses have a greater propensity to do things that we don’t want. I.E. some horses would never rear and some do so at the drop of a hat as we discussed a few months ago. It is the same with any kind of hyperreactive behaviour, some horses are much more wired to offer it early. The way I see it when you are asking a horse to do something, it is as if it has a pull-down list of responses and the one you want may be below kicking out or rearing. The horse’s propensity may be part of the response, but by and large we make a lot of mistakes in training.

“Horses are wired to give and receive signals from the world, but not really wired to give and receive signals from humans even though we have selectively bred them to be generally calmer. It is still a bit of a minefield when you think where the rider sits for example and the responses you want to be elicited by reins, legs, and seat - there are over 30 of them. It is a lot to signal from where we are sitting and that is why it is really critical to make sure that the horse can discriminate our signals. The leg is often used for a lot of signals, go faster, go sideways, bend, turn. We expect a lot and when the horse does not understand, it may resort to its coping mechanisms which can vary from apathy to hyperactivity or aggression.

“It is difficult to train a horse and we expect so much that regrettably our frustration and aggression comes to the fore sometimes. There is an underlying expectation that the horse knows what it is meant to do and that it is too naughty to do it. But the problem with punishing for non-compliance, is that you really don’t know that the horse knows what he is meant to do. Certainly, if you have trained it clearly enough according to the law of habit formation; if you train something clearly enough and reinforced repeatedly enough, then the horse would do it. If he doesn’t, it must be something to do with the way we ask or the fact that it has not been trained clearly enough. Talented horsepeople do not resort to force because they understand the necessary communication between human and horse. They understand the benefit of combined reinforcement. Most of us have to learn this.

“In very broad terms, there are two stages of training, the first stage of training all the basics lasts roughly one and a half years in a reasonably competent horseman’s hands. These are the things that need to be established before the horse can move on to the next stage in its training where the application of the aids and the tasks become more sophisticated.”

“Even before you get on the horse there are a couple of basic things in hand that you need to establish that will make your life easier and the horse much calmer. It is important that you can give stop and go signals in hand from light aids. Everyone will say all horses can do that, it is just leading. I don’t mean it like that, what I am talking about is that the horse can be moved backwards and forwards with just a light rein aid when you are standing still. Because when you are walking, the horse copies you and that is not necessarily being under the control of an aid - that is a pressure/release or operant aid. It is important that the horse understands these aids and is not just following, as then there is confusion when you tie the horse up and walk away and he can’t follow. By doing that we are teaching them that humans are ambiguous animals that you can’t really rely on.

“Teaching the horse to step back is important because the muscles for stepping back are the same muscles the horse uses in the chest for downward transitions. You are training the horse to have both a good deceleration as well as acceleration. Finally teaching them to park, where they stay still even if you move away is important. It will make a great difference to your training under saddle if you have established these important basics before you get on.” 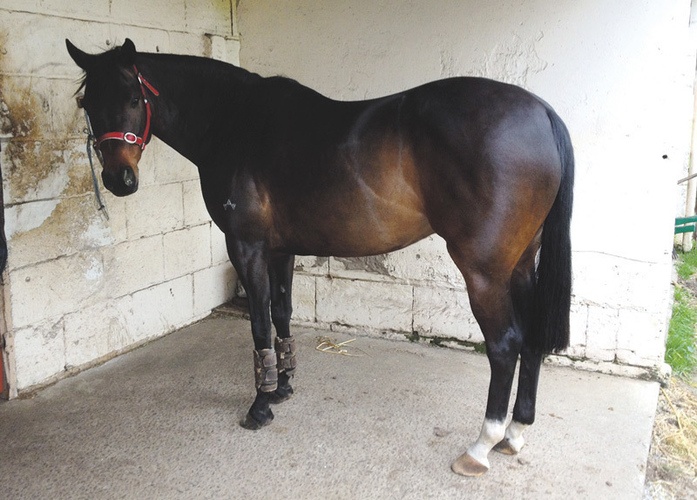 Teaching your horse to park, where they stay still even if you move away is important.

“Many people tackle horses that are young when they themselves are not experienced or their riding positions are so untidy that they give inadvertent signals to the horse that they never meant to convey. The more competent the rider, the clearer the signals. The rein aids, the leg aids and the use of the seat are much clearer; stability is important. For every novice horse/rider that learns more or less successfully, there are many that don’t and I have encountered plenty of the failures. The rider needs to be in sync with the movement, walk, trot and canter and that is the importance of rider position.

“One of the big problems to ride and train well is that you need some knowledge. You can’t really go without a trainer and if you follow a trainer’s method, then you should stay with that method and not keep jumping around, because most people are not knowledgeable enough to know if something is going to be at odds with work they had been doing with their horse earlier.

“It is very important that the aid you give for the desired response should be easily discriminated by the horse and that it should only have one meaning; not the same aid for different meanings. You can use your leg is a variety of different ways; lower leg, calf, thigh and for varying durations, but it is important that you are consistent with the aid making it as easy as possible for the horse to see the answer. In terms of training the horse, those things I see as important in that first stage of training need to be continually reinforced for hundreds of repetitions until the horse has really clear habits. 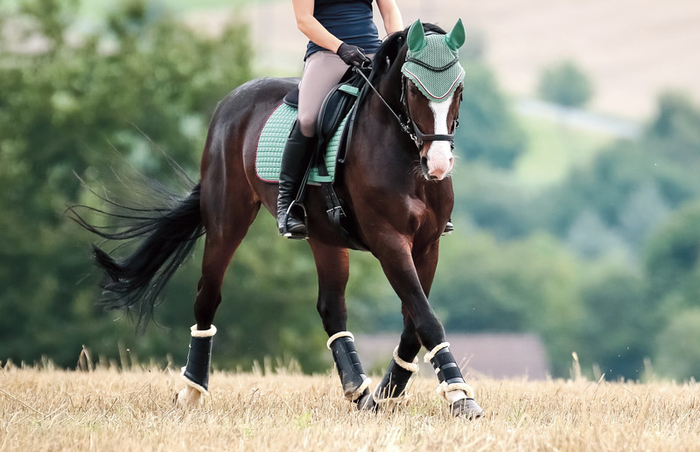 “Under saddle that includes being able to train all the elements of the three gaits (walk, trot, canter) in four broad responses;
1. Go
2. Slow
3. Turning front legs
4. Turning back legs

“You can break them down further in terms of going up gait, faster and longer as well as down gait, slower and shorter. The horse also needs to learn about the turning aids, direct, indirect, (opening and closing reins) so as to establish the importance of the outside rein for later on. They also should learn about self-carriage, to be able to self-maintain the gait they are in which is good for their welfare and keeps them light on the aids.

“Ideally transitions are trained to be light and occur within three steps of the foreleg after being asked for, which is something people don’t often recognise: the actual time construction of the transition. If the transition takes too long, then it can never be made a habit, so the horse is constantly trawling through its memory to find the right response and answer the question. If you make everything you train a concise unit of training, the horse can form a habit much quicker and then you are ready to move on to further stages of training. All transitions, in dressage at least should be completed by the third step of the foreleg. It is important that you are consistent in what you ask.

“At the first stage of training, it is important to begin to train the horse to become more engaged, which develops ‘throughness’ and it comes initially from the downward transition and not the upward one which is surprising to most people. If you look at the definition of throughness which in German is called durchlassigkeit which in dressage terminology means: when the rein aids flow to the back legs. What it means is when we do a transition from trot to halt, we want the horse to do it within no more than three steps of the forelegs, which means it is trotting to a halt without a walk step and in doing that it has to engage the hind legs as a braking mechanism, and that causes it to have its hind legs further under its body and to lower the croup and halt square.

“It is also important in that first one and a half years of training that we can quicken the horse in each gait. For instance in walk that we can quicken the gait from the normal 55 beats per minute (per leg) to 65 beats per minute if possible. It is important and one of the longest journeys in training and that’s why it should start with the young horse. You need also to be able to slow the trot from its normal 75 beats per minute to 65 in self-carriage. If you have the horse soft in the back and soft in the rein, this slow trot teaches the horse a lot about self-carriage and a soft back. In the slow trot, most of his stride length is under his shoulders and his hips which is important because that develops the carrying ability. Of course, we need to be able to lengthen the trot as well.

“Shortening the canter is another long journey that should be started early.

“Lateral flexion independent of turning is a vital exercise, as it is through lateral flexion that we achieve roundness. I am really against training the horse to ‘give to the bit’ as I would much rather see roundness come from lateral flexion. If they learn to give to the bit by shortening the neck from ‘give to the bit’ pressure on the mouth, you will never get them in proper collection later; they will be in false collection. The muscles at the base of the neck will not be developed as the gateway to the back. And whenever you use a rein aid the horse’s first reaction will be to shorten the neck and that is a disaster for the higher levels of dressage. Lateral flexion is the way in this early stage to get roundness because when a horse flexes at the poll and looks in, he also looks down as well and that is the roundness for the first two levels of training in the first year and a half. Later on, we get a different form of roundness through our forward aids.

“What this early work is really about is making the training simple for the horse: changes of gait, expanding and contracting the tempo and stride length, and training basic lateral responses as templates for the second stage of training. Many riders usually further up the competition levels tend to be unconsciously competent and so they sometimes expect too much of the young horse. What I am trying to do is explain what the talented riders do in order to make it teachable.”