This article is from the August 2019 magazine

A discussion on the Arabian Derivative judging at the 2019 Australian Arabian Horse Championships.

It is interesting that cattle judges take the mic after awarding the ribbons to explain why first was placed above second etc. “Beautiful udder” and so on. It is sadly not the custom in the horse show ring for this to happen, which can lead to a question mark being directed towards the transparency of the judging. Many in the grandstand would like to know why one horse was put above another. This applies for ridden competition as well as halter, but for this short article, we are concerned with the led/halter classes only.

When three judges are involved the marks can often vary, but using the Arabian Derivative Score Card, the occasionally alarming disparity of opinion is reduced as the judges evaluate the horse according to the card; forequarter, body and hindquarter and feet and legs, etc. The judge is directed to assess the horse and look at the word, average, good, excellent, before awarding a mark and this method holds the judges accountable.

“The Purebred Score Card came into use here in 2012,” says Arabian Nationals Show Director, Scott Benjamin, “and the Derivative Card in 2015.” You will notice that the Score Card for the Purebred Halter horses is concerned more than the Derivative Card with Arabian Characteristics. But both are concerned with correct conformation. Poor conformation would be quickly found out riding across the desert. The point of any horse is, or was, to be ridden. You can have beauty with less than ideal conformation and that can pose a judging problem. For this brief report, it is the conformation of a Derivative horse shown in a halter class that is put to our three judges, Frances Atkinson (UK), Cherie Edwards (Aus), and Glenys Lilley (Aus).

The subject of this discussion is Ruth Hall’s homebred, Springtime Mayflower which was declared Gold Champion Arabian/Arabian Derivative Led Hack at the 2019 Nationals. She was unanimously declared a beautiful horse, but some novice behaviour kept her from claiming another Championship on her next appearance in the ring. What do you mean behaviour? Don’t Arabians come in breathing fire and snorting and leaping? What has behaviour got to do with it? Yes, the usually Purebred Show involves a lot of excitement, but the winners all walk, they all trot and they all stand still for the judges to appraise. They do not wriggle and jiggle and constantly move. So there is actually a lot of method and training that goes into the seemingly showing madness. Mayflower was at her first Arabian Nationals and her first ever indoor show and was keen to look around at the spectators and the other horses. She was reluctant to stand still, which was no doubt frustrating for the judges. Ruth is aware that more training and more showing experience is needed for the beautiful mare to realise her showing potential. 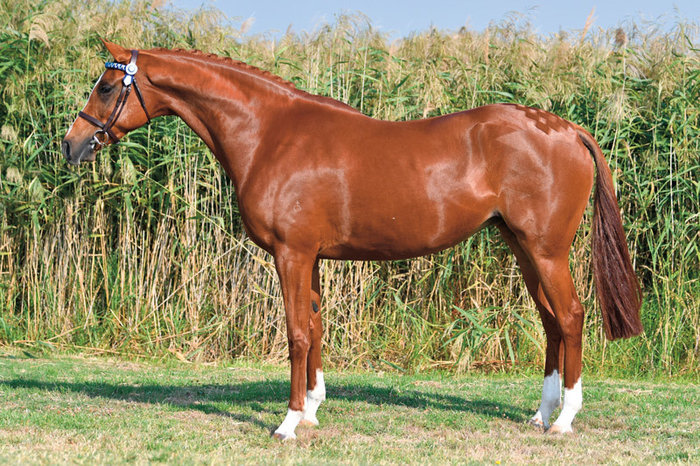 What the judges thought...
“I think she has a lovely balance and she is the sort of horse you would like to ride,” begins Frances Atkinson. “She has very well muscled gaskins and powers through from behind. She is nice and elegant through her throat, especially for a big mare. She has a nice shoulder, a good top line and strong, powerful quarters. She has good legs and I think we all (other judges) found her very elegant and for a big horse, feminine. I enjoyed judging her.

“She reminded me of a horse I had, Jack Spratt,” says Cherie Edwards. “She has that same smaller head, beautiful through the front, with laidback shoulders and she is really fine through the gullet. She has expressive movement and great suspension and spring in her hocks. She divided equally into thirds and had a huge hind quarter; a real riding type. I gave her a good mark for her legs, but it took a real effort to see the legs, because she did not stand well and kept moving around. To start with yesterday I would have just given her a poor score for legs, because I could not get a look at them, but I made the effort and she does have good legs, but her behavior almost put paid to a good mark. That was yesterday, but this morning she was even more restless. You can’t show a horse, especially a Derivative with them not behaving well. Her movement sells itself, her conformation sells itself, but her behaviour was not acceptable. If she had moved around any more I would have given her zero for legs, because I could not see them. She does not need an elaborate performance, she just needs to come in and show us what she’s got.”

“You want them to show themselves off,” adds Francis, “but they must be under control and must stand to be judged. Most are trained very well; they know there is a job to do. The Purebreds come in tails high and snorting, but they stand to be judged. The horses are very well trained here. She had really good feet, but is was difficult to get a good look at them.” 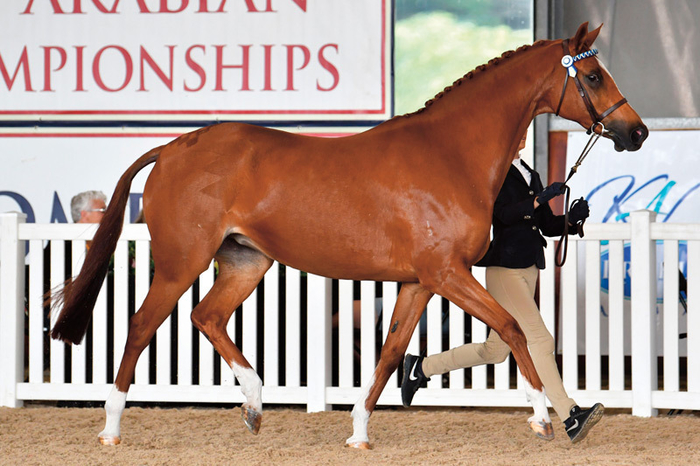 “When the Derivatives come in, we are really looking for movement, as well as good conformation” says Glenys Lilley. “She sells herself by the movement she has, but she has to show it and she has to let us see both her movement and conformation. It was not so easy to get a good look at her legs and by that I mean we must assess the structure of the legs and the feet from the front, the side and from behind. It is a big topic and an important one and as they say, no foot, no horse. Both movement and conformation are essential, one alone is not enough and charisma, which she has, is a bonus.”

“I gave her 20 out of 20 for movement and it was probably the only 20 I gave for movement,” says Cherie. “She has such a beautiful cat-like walk, with lovely movement of the shoulders and a free elbow; you could see straight away that she was a real mover.” “I gave her 19,” adds Frances, “because the suspension in the trot was just amazing and for a rider that’s what you want. She has great power from behind and is a beautiful horse. On the score cards, 20% of the mark is movement, so they must come in and they need to be straight and show a four beat walk and a two beat trot. We want to see them moving, elevated and powering through from behind.” “They don’t have to show like Purebreds,” comments Glenys, “but they do have to show themselves off.”

We all look for that seemingly elusive combination of beauty and good behaviour and some judges reward one quality more than the other. But in the Arabian showing world, you have to lay your cards on the table and state what is good and not so good about the horse they put up and if they get it wrong, they are taken to task. The Score Card system helps the judges and educates the owners and spectators and does seem a fair system in the often controversial world of subjective show horse judging. The Score Card makes it more objective.

“I think this system of judging is brilliant,” says Frances “and it encourages a wider use of marks. The horses I have seen here, particularly the derivatives and the number and quality of them has been amazing, both in hand and under saddle. All the halter horses were absolutely beautiful.”

Score card attached as PDF below